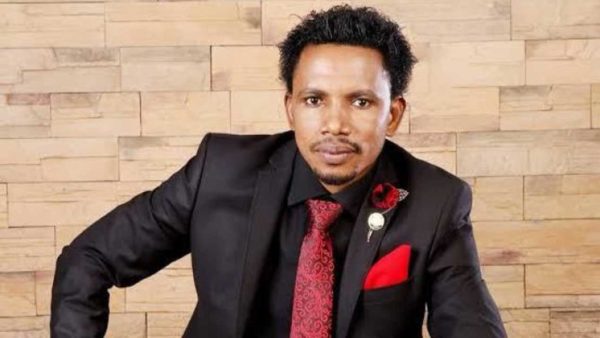 The Peoples Democratic Party (PDP) has asked Senator Ishaku Abbo (Adamawa North) to vacate his seat in the Senate following his defection, yesterday, to the All Progressives Congress (APC).

Its National Publicity Secretary, Kola Ologbondiyan, in a statement said the lawmaker “should be aware of the provision of the Constitution which made it compulsory for any member of the National Assembly who defected to another party to immediately vacate his seat.”

According to him, the main opposition is not fazed by Abbo’s decision.

“Abbo is fully aware of the constitutional implication of his decision to defect to another party, which is that he cannot continue to occupy the seat of the PDP in the Senate,” he clarified.

The party said it would take immediate steps to ensure the senator does not remain in the upper legislative chamber.

“The place of any senator who changed parties except on the grounds provided by the constitution is very clear, and the PDP will not allow Senator Abbo to run away with our mandate. It is impossible,” Ologbondiyan added.

The spokesman explained that the party had “already commenced processes for Abbo’s replacement with a credible, stable and acceptable person to take over his seat in the Senate.”

However, the Adamawa legislator, while submitting his defection letter to Senate President Ahmad Lawan yesterday in Abuja, said his verdict was informed by the zeal to support what he called “unprecedented welfare programmes of the Muhammadu Buhari administration.”

He also claimed that his decampment was made inevitable by Governor Ahmadu Umaru Fintiri’s alleged polarisation of the PDP in the North East state.

Abbo was recently convicted by an FCT High Court in Abuja and ordered to pay N50 million in a civil suit between him and Ms. Osimibibra Warmate for an assault on her in a sex toy shop last year.

In his remarks, Lawan described the senator’s defection as “a show of patriotism, a show of purpose and a show of unity for the development of Nigeria.”

“This is as a result of the mismanagement of the PDP by Governor Ahmadu Umaru Fintiri in Adamawa State which led to the polarisation of the party in the state (PDP and rPDP).

“Today (Yesterday) I join the APC and the President of the Federal Republic of Nigeria, Muhammadu Buhari, to build the Nigeria of our dream.”