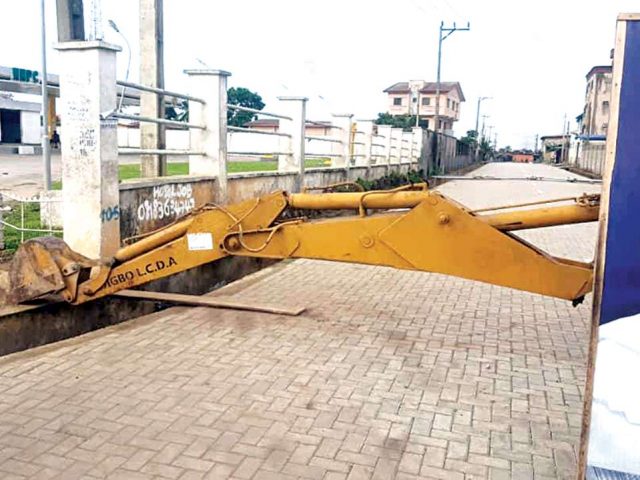 Residents of Jakande Estate in Ejigbo Local Council Development Area (LCDA) have expressed worry over the delay in opening a newly constructed road for use by motorists about six months after it was rehabilitated.

A stretch of road not up to three kilometres from Kashimawo Alimi Street, Ejigbo by NNPC bus stop was reconstructed with interlocking blocks by the council since March but has been blocked by tractors at both ends.

The road leads to Bungalow area and serves as an alternative to the congested Jakande Gate bus stop. It was completed during the lockdown in May but has remained closed to road users, restricting access into the estate, Isheri and Ijegun.

Worried by the unusual delay, a resident, simply identified as Alhaji Ramon, has called for the opening of the critical road. He said: “We want the road to be opened as soon as possible. Motorists need it to avoid the traffic at Jakande Gate every morning.”

Another road user, Emmanuel Peter, said: “Tractors that should have been put to use in grading inner-city roads in the council have been abandoned for months to block a road. Last week, chairman of Oshodi-Isolo local government area, Idris Ariyo, completed Ewenla Road with installation of streetlights and lane markings. The road is already in use. He did not wait for any ceremony.”

According to a source, the council was yet to take ownership of the road because it still owed the contractor. “Residents would have started enjoying the road but I learnt the money was used to host the wife of the governor some weeks ago,” the source alleged.

However, the information officer of the council, Mr. Kunle Oladele, said the road was yet to be completed. According to him, the council thought it wise to construct a barrier to prevent trucks from plying the road to make it lasts longer.

“Once the bar lines are installed at the entrance of the bus stop, the road will be open for use. This would have been completed long before now, but the pandemic and recent protests slowed down the work. Hopefully, the road should be ready by first week of December.”