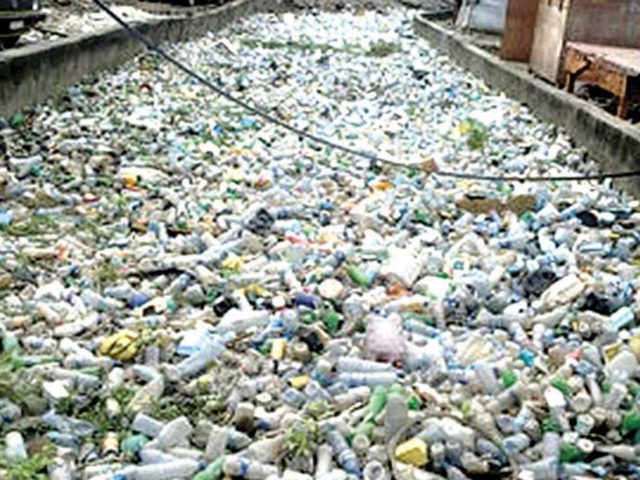 The Lagos State government has called on residents to change their attitude towards waste management to curb environmental pollution and protect the ecosystem.

Mrs Folashade Jaji, Secretary to the State Government (SSG), made the call during the flag-off ceremony of a seven-day intense cleaning of the waterways that began last Saturday tagged, ‘Lagos Coastal Plastic Search’.

She said: “With the upsurge in blockage of drainages and waterways with plastic bottles and water sachets, it is imperative for all to have a change of mindset towards the environment by disposing our waste properly, and to educate our children and wards against indiscriminate disposal at all times.”

According to the SSG, plastics endure for 450 years with its damaging effects on the ecosystem, constituting a threat to human and wildlife.

On his part, the Oniru of Iru Kingdom, Oba Abdulwasiu Omogbolahan Lawal, described the present state of marine litters, including plastic refuse disposal, in the coastal community as a huge embarrassment.

The monarch said the coastal landscape was becoming increasingly vulnerable whenever it rained, since its environment, including drainage channels, dams, beaches and waterways were always overtaken by marine litters, capable of discouraging tourism in the area.

While stressing the need for residents to live a climate-friendly lifestyle, Oba Lawal noted that significant resources being deployed to clean up and decongest the environment were avoidable and could be put to better use.

Lagos-based lawyer, Doyinsola Ogunye, said the seven-day coastal plastic search was an initiative to preserve the coastal line and its environs. The exercise, which is in partnership with Nigerian Bottling Company/Coca-Cola, Pan African Capital Foundation, Lekki Urban Forestry and Animal Shelter Initiative (LUFASI), and Yacht Club, is to remove over 20,000 plastics on the sea defacing the coastal line and causing deaths of some aquatic animals.

Babajide Obanikoro, a member of the House of Representatives representing Eti-Osa Constituency I, said plastic waste was a growing environmental disaster not only in Nigeria but all over the world. Quoting a 2016 report by the McArthur Foundation in partnership with the World Economic Forum, Obanikoro said by 2050, plastic in the oceans will outweigh fish.

He called on the state government to partner the Federal Government in effectively taking total control of the coastal lines, though the power to adequately manage waterways rest on the states and the will of the people to control plastic wastes in the environment.