Court orders arrest of billionaire Maina’s son, to try him in Absentia
Editor
November 25, 2020
6:14 am 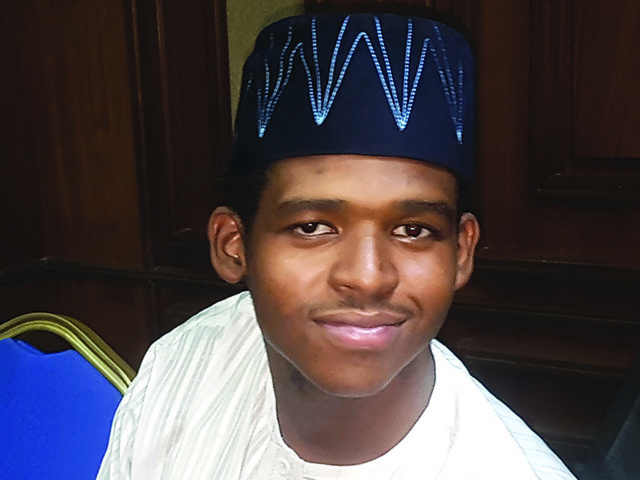 The judge also issued a bench warrant against Faisal and ruled that his trial would continue in his absence.

The younger Maina, who is being prosecuted by the Economic and Financial Crimes Commission (EFCC) on a three-count of money laundering and false declaration of assets, was admitted to bail on November 26, 2019 in the sum of N60 million with one surety in like sum.

The surety, the judge ruled, must be a Nigerian and a serving member of the House of Representatives from any of the six geopolitical zones of the country. This saw Sani Umar San Galadima, representing Kaura Namoda Federal Constituency of Zamfara State, volunteer as Faisal’s surety.

Yesterday’s ruling was sequel to an application brought by the prosecution counsel, M.S. Abubakar, asking that Faisal Maina’s bail be revoked, a bench warrant be issued against him and for his trial to continue in absentia.

Abubakar also urged the court to cause Faisal’s surety to show why his N60 million bail bond should not be forfeited to the Federal Government for failure to produce the defendant in court.

He noted that the defendant had neither been present in court, nor sent a legal representation since November 26, 2019 when he was granted bail, and had given no reasonable excuse for his action.

In granting all the prayers, Justice Abang stated that the Federal Government should execute the bench warrant anywhere Faisal is sighted and that his trial in absentia should take place after two adjournments or as the court might deem fit.

Regarding Faisal’s surety, Justice Abang held that the court, in the spirit of fair hearing, would give Galadima the opportunity to state why he failed to produce the defendant in court. He, therefore, ordered that summon be issued on him to appear today to show cause why he should not forfeit his bail bond. He would face a bench warrant if he fails to appear.