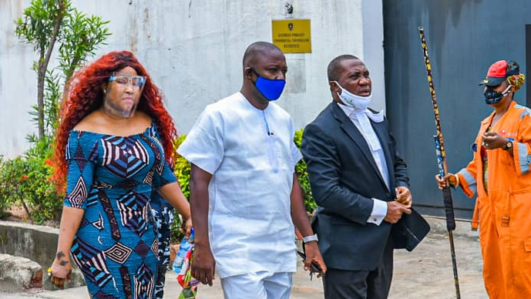 The Federal Competiton and Consumer Protection Commission has approved the indefinite suspension of a Cosmetic Surgeon, Anuoluwapo Adepoju, recommended by the Medical and Dental Council of Nigeria.

“Every action whether interim or final that prevents the risk of injury to patients/consumers and or mitigates the pain and suffering of citizens on account of injury by manufacturers or service providers is an important component of a larger effort to protect citizens.”

The commission further stated that it finds MDCN actions on the doctor commendable and noted that the suspension would persist pending the full disposition of disciplinary proceedings.

In April, Nigerians on Twitter called for the arrest of Adepoju after a failed operation on a Twitter influencer known as Omohtee.

Some other patients also complained about having complications that they still suffer from and it was reported that one particular patient eventually died after being operated upon by the doctor.

LUTH also petitioned the medical panel following the death of one of Adepoju’s patient who had complications during a cosmetic procedure.