Boundary: Duty of a plaintiff/claimant to establish the area of land in dispute
Editor
November 24, 2020
6:06 am 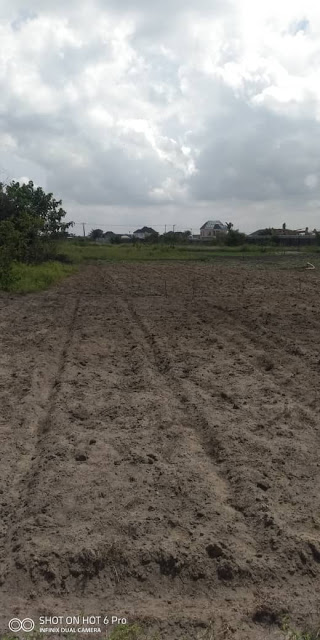 In the Jos Judicial Division

THE REGISTERED TRUSTEES OF CHRIST

The appellant, a Registered Incorporated Church Organization claimed that she was the original title holder of a Certificate of Occupancy No. 0654 issued by the then Jos Local Government Council as way back as 1973 covering 0.892 Acres of Land along Kwararafa/Patrick Dokotry Street Jos. Before 1973, she had exercised exclusive acts of ownership and possession on the said land by building her church within the precincts and premises of the land in issue without let or hindrance. It was the case of the appellant that when Jos Local Government Council was later split into Jos North and Jos South Local Government Councils she applied for a Plateau State Government Certificate of Occupancy over the said parcel of land and was issued with Certificate of Occupancy No. BP 2396 on September 25, 1990 accompanied with the site plan.    Sometimes in February 1998, the 4th respondent through her agents/principal officers entered and encroached into her land by building their clinic on part of the land. The respondents also proceeded to clear the bushes on part of the land to continue to claim and build on the land without the appellant’s consent and authorization. The appellant said three of her senior members approached the labourers engaged by the Respondents on site on February 19, 1998 working and digging part of the appellant’s land to stop work and leave the site. However, one Alhaji Mashood Omotara, the then chairman of the 4th respondent, came and ordered the labourers to continue digging the appellant’s land. The situation escalated and was on the verge of turning into full-scale fight when two of the appellant’s members reported the matter to the “C” Division Police State Jos. According to the appellant, the Police intervened, stopped the labourers and carried out investigation on the ownership of the land. In the end, the appellant asserted that the Police declared them as owners of the parcel of land and that the Respondents encroached into the appellant’s land. Because the respondents were adamant, the Area Commander of the Police ordered the arrest of Alhaji Omotara and Segun Oshoba (now deceased) who were representatives of the 4th and charged them to Court.

At the High Court of Justice Plateau State, the appellant claimed against the respondents a declaration of title to the land in dispute and the sum N3, 000,000 as general damages for trespass, among other claims. At the conclusion of trial, the Court dismissed the claims of the appellant. Dissatisfied, the appellant appealed to the Court of Appeal.

The Court determined the appeal on the following issues:

(1) Whether the appellant’s case was statute barred when the acts of trespass the Appellant complained of on the said piece of land was continuous in nature.

(2) Whether the evidence adduced by the appellant in the case was not sufficient to establish ownership of the land and to entitle the Appellant to judgment in the case.

On issue 1, appellant submitted that by virtue of Section 3 of the Limitation Law of Plateau State, 1988, no action shall be brought by any person to recover any land after the expiration of ten years from the dated on which the right of action accrued to him, or if it first accrued to same person through whom he claims, to that person. Appellant argued that the period of limitation in cases is determined by looking at the Writ of Summons and the Statement of Claim alleging when the wrong was committed which gave the plaintiff a cause of action by comparing the date with the date on which the Writ of Summons was filed. See Egbe V Adefarasin (1987) 1 NWLR (Pt. 47) 1 at 20. Appellant contended that even though respondents first encroached on appellant’s land in 1998, their action was continuous and was thus an exception to limitation law as where there has been continuous damage; a fresh cause of action arises from time to time as often as damage is caused. See Oba J.A. Aremo II V S. F. Adekanye & 2 ORS (2004) 13 NWLR (Pt. 891) 572 @ 593 para. H.

Arguing issue 2, appellant submitted that in an action for declaration of title to land, the question of the identity of land in dispute will only arise where the defendant raises it in his Statement of Defense or in his testimony which was not so in the instant case. See Mr. Taiwo Ilaro Ogun V Mr. Moliki Akinyelu & 2 ORS (2004) 18 NWLR (Pt. 905) 362 at 385 paras. A – B. Appellant argued that the fact that both parties called the land different names does not put the identity of the land in dispute. Appellant submitted that all the documents relating to the land were submitted before the High Court, which had the duty to consider same in determining the identity of the land.

On the issue of trespass, appellant submitted that any infraction of the right of possession into the land of another without the consent of the owner is an act of trespass and actionable without any proof of damage. The act of the respondent thus amounted to trespass. See Chief D. B. Ajibulu V Maj. Gen. D. O. Ajayi (RTD) (2004) 11 NWLR (Pt. 885) 458 at 474 para. A-F.

Arguing issue 1, respondent submitted that in order to determine whether or not the action of the appellant was statute barred, there is a need to consider when the cause of action arose and when the appellant commenced her action. See Egbe V Adefaransin (1987) 1 NWLR (Pt. 47) 47, 1 at 20 on how to determine cause of action. Respondent argued that the learned trial judge reviewed the evidence properly before coming to the irresistible conclusion that the action was statute barred as the cause of action clearly arose in February 1998 while the action was instituted in May 2008. It was further argued that Section 3 of the Plateau State Limitation Law is very clear in its provision that where a statute provides for the institution of action within a prescribed period, the action shall not be brought after the time prescribed by such statute. Action instituted after the period stipulated by the statute is totally barred as the right of the Plaintiff or the injured person to commence the action would have been extinguished by such law.  See Akwa Ibom State University V Ikpe (2016) 5 NWLR (Pt. 1504) 146 AT 164. Respondent submitted that the cause of action was not continuous since the act had been completed in 1998 but Appellant chose to sue in 2008.

On issue 2, Counsel submitted that the High Court was right in holding that the appellant failed to identify the land in dispute because the appellant failed to put documents of title before the Court either for the purpose of cross examination or for the Court’s consideration. Respondent argued that the mere production of Certificate of Occupancy does not amount to conclusive proof of ownership of land. He also added that there is no evidence before the Court as to whether or not the land is situated in an urban area as claimed by the appellant.

RESOLUTON OF THE ISSUES

Resolving issue 1, the Court reproduced the provision of Section 3 of the Plateau State Limitation Law, 1988 to the effect that an action to recover land shall not be brought after the expiration of ten years from the date the cause of action arose. The Court then examined the pleadings of the parties where the Appellant averred that her members challenged the Respondents for encroaching upon their land on February 19, 1998. The Court thus made a finding that the cause of action of the appellant arose on February 19, 1998.

The Court therefore upheld the finding of the High Court that the appellant instituted her suit in May 2008, which is ten years and two months after the date, which the cause of action arose. The Court also held that the cause of action was complete from the act of the respondents in 1998 and was thus not continuous as argued by the Appellant.

Issue 1 was resolved against the Appellants.

Resolving issue 2, the Court stated the trite position of the law that in civil cases, the onus lies on the plaintiff to satisfy the Court that he is entitled on the evidence tendered by him to the remedy claimed. The plaintiff must rely on the strength of his case and not on the weakness of the case of the defendant. See Abimbola V Abatan (2001) 4 SC (PT. 1) 64. The plaintiff may also prove his case through any of the five ways enumerated in Idundun V Okumagba (1976) 9-10 SC 227.

Applying the above to the instant case, the Court examined the records, which revealed that the Appellant claimed a piece of land described as Patrick Dokotry Street, Plot E. 25/26 and covered by Plateau State Government Certificate of Occupancy No. B.P. 2396. The Respondent on the other hand claimed a piece of land described as covering an area of 56.31m X 28.61m X 24.00m and known as No. E. 27, Sarkin Mangu Street Jos. The records further revealed that the Appellant’s witness, PW2, a Civil Servant with the Plateau State Government Ministry of Land, Survey and Town Planning Jos, tendered in evidence Exhibit P1 (File No. BP 2396), which contained several documents. However, none of the documents contained therein was brought out of the file, tendered or subjected to any form of examination or cross-examination. The appellant failed to tie the evidence of any of the witnesses to any of the documents in the file. The attempt of the Appellant to tender a copy of a Certificate of Occupancy was rejected because it was a secondary document and not certified in compliance with the provision of Section 102 of the Evidence Act, 2011.

Issue 2 was also resolved against the appellant.

The Court resolved both issues against the appellant and dismissed the appeal.