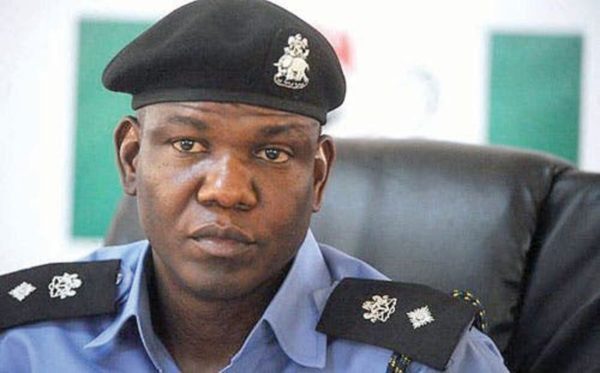 The Nigerian Police Force (NPF) has assured Nigerians that a robust security arrangement for the Yuletide season is already being implemented.

It was gathered that the morale of members of the Force was low, following the killing of no fewer than 28 policemen by hoodlums, who hijacked the #EndSARS protests that started in the country on October 8 and lasted for two weeks.

There are also palpable fear among Nigerians that Police officers, especially in areas worst affected by the #EndSARS protests in the southern part of the country, might continue to stay off their duty posts, particularly during the approaching Christmas and New Year celebrations.

But the Force Public Relations Officer (FPPR), Mr. Frank Mba, a Deputy Commissioner of Police (DCP), in an exclusive interview with The Guardian, said Nigerians should be rest assured that the Police would not rest on their oars in ensuring their safety and security throughout the period.

He assured that the morale deficits of personnel of the Force across the country have been fixed, adding: “Let me first of all clear all doubts by stating that there is no cause for trepidation. It is not unusual that the ‘ember’ months are characterised by anticipation or fear of increase in crime for obvious reasons not worth re-emphasising here.

“It is also true that in the aftermath of the #EndSARs protests, which turned violent and left scores of policemen dead, many injured and Police stations and houses of policemen destroyed, etc, security architecture, as well as the morale of officers was temporarily impacted negatively in some parts of the country.

“However, as a Force, we immediately commenced processes of rehabilitation, resettlement and restocking to be able to function optimally. I feel proud to say that the morale deficits have been fixed.

“Like we always do, a robust security arrangement for the Yuletide season is already being implemented. Some of these include massive deployment of Police officers on major highways to protect travelers, carrying out visibility patrols around identified flash points and the deployment of intelligence assets to nip crimes in the bud and prevent any untoward situation before, during and after the Yuletide period.”

Meanwhile, all the nine officers abducted on November 8 between Kankara town and Sheme in Katsina State when the commercial bus they were traveling in at night came under attack by heavily armed men dressed in military camouflage, but suspected to be bandits, have been successfully rescued.

The officers, all Assistant Superintendents of Police (ASPs), were on their way to Gusau in Zamfara State from Maiduguri, Borno State at the time of the incident.

Two of the officers were receiving medical attention in a hospital, while the remaining seven were being debriefed. Force Public Relations Officer, Frank Mba, a Deputy Commissioner of Police (DCP), who disclosed this yesterday in Abuja, said the covet operation to locate and rescue the officers commenced immediately they were discovered missing en-route to their destination.

“The apparent delay in commenting on the unfortunate incident was a deliberate decision aimed at protecting the integrity and confidentiality of the rescue operation and the concomitant safety of the officers.

“It is also important to state that preliminary investigation has shown that the attack on the vehicle was an opportunistic crime, as the officers were all traveling in mufti, unarmed and alongside other private citizens in the commercial vehicle.

“The total number of officers involved in the incident is nine and not 12, as previously, wrongly reported in some sections of the media.”

He added that a follow-up investigation into the incident was still ongoing. Mba disclosed that the Force was generally rejigging the security architecture of the country, explained that strategic and purposeful deployment of personnel and asset are being carried out.

“We are not only dealing with crime; we are also dealing with the negative impact of social dislocation arising from the #EndSARS protests, because in this era of fake news, disinformation and misinformation, the fear of crime is often worse than the actual crime itself.

“We have always trusted the Nigerian publics’ continuous support for security and public safety through providing information to the Police, appearing as witnesses during prosecution and generally supporting our collective need for safer communities and peaceful existence,” he noted.

The Police spokesman said that the Inspector General of Police (IGP), Mr. Mohammed Adamu, had embarked on visits to Police commands across the country to boost the morale of officers and men of the Force, especially in the affected places, stating: “Police deployment is a continuous thing and will always be to serve and protect the people, irrespective of our own personal challenges and the grim reality of our day-to-day occupational hazards.

“There would be time for re-strategising and dealing with the challenges associated with internalising the horror of what seemed to have been a premeditated attack on officers by the very people they swore to serve.”

Mba urged members of the public support the Police by providing useful information through the Area Commanders, Divisional Police Officers (DPOs) and state Police Command spokespersons, while also holding personnel accountable, adding: “Law and order, public safety and security are in the best interest of every citizen. We have responsibilities; we have duties as much as we have rights. Supporting the Police is in fact supporting your own interest and your own safety.

“For instance, following the #EndSARS crisis, there were lots of looting and stealing. One of the most practical things any good citizen should do is to provide any useful information to the Police through the Area Commanders, DPOs, Police spokespersons, etc, that can lead to the recovery of weapons stolen from security agencies and the re-arrest of convicted felons that escaped from lawful custody, amongst other similar civic duties.”

On whether the Police would allow a second wave of youth protest, he said: “Much as the Police will condone protest, as it is a constitutional right, riots, lawlessness, brigandage and all manners of violence capable of causing the kind of dislocation and carnage witnessed in the aftermath of the #EndSARS protests will definitely not be allowed.

“It goes beyond what the Police alone can do; all hands must be on deck to address the grievances expressed by the genuine protesters, while creating room for robust engagement with citizens across all strata.”