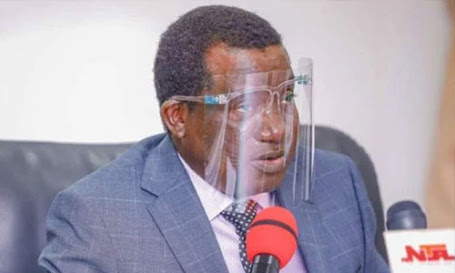 Plateau State Governor, Simon Bako Lalong, has signed into law 2 bills passed by the Plateau State House of Assembly aimed at strengthening the economy of the State.

While signing the bills into law, the governor explained that with the Consolidated Revenue Law in place, Plateau State is set to ensure uniformity, certainty and concord in revenue collection through a single machinery coordinated by the Plateau State Internal Revenue Service.

He said with this development, the government expects its revenue to grow as it blocks leakages and also ensures that all revenue collection is automated.

He said already, the state has engaged a reputable revenue firm to facilitate the harvesting of revenues from sources that have been neglected over the years.

He added that, another issue that the new law addresses is multiple taxations which have been a major concern for businesses and other tax payers.

The governor appealed to the citizens of the State to cooperate with the relevant agencies in the implementation of the law because the revenue generated will be used to implement the projects and programmes that are ongoing and those that will be initiated.

Dr. Makut Simon Macham, Director of Press & Public Affairs to the Governor, in a statement, explained that the amendment of the Debt Management Law was to make it function as a department in line with the Federal law while the tenure and functions of the DG have also been adjusted accordingly.