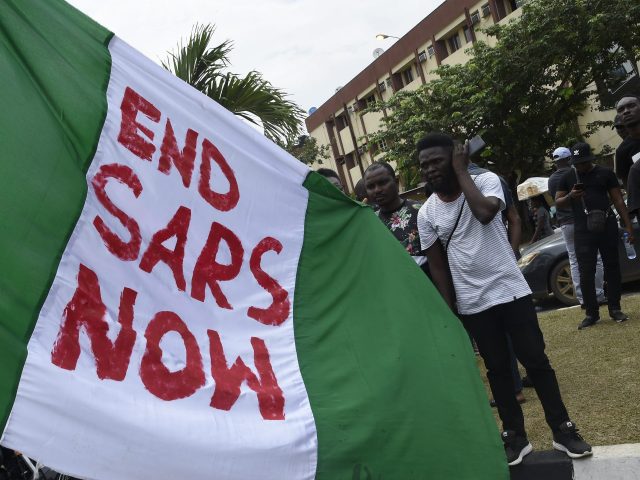 The Peoples Democratic Party (PDP) has charged President Muhammadu Buhari to set up an independent national truth commission on the reported killing of peaceful protesters by security agencies and alleged recruiting of hoodlums by agents of government to disrupt the demonstration by Nigerian youths against Police brutality in the country.

The PDP faulted the idea of pushing the responsibility of enquiry to the states, despite widespread allegations of involvement of federal government interests in the crime against humanity in Nigeria.

Its National Publicity Secretary, Kola Ologbondiya, in a statement, said PDP’s call was predicated on the failure of the administration to come clean on the involvement of the military in the Lekki Toll Gate shooting and recruiting of hoodlums to attack peaceful protesters in Abuja and other parts of the country.

Accordingly to the party: “Nigerians remain alarmed by the contradicting claims by government on the Lekki killing. It is recalled that in its first reaction, the military denied deploying troops to Lekki Toll Gate.

“This denial was followed by a strange claim by the Attorney General of the Federation (AGF) and Minister of Justice, Abubakar Malami, who pointed accusing fingers to faceless hoodlums in military uniform as being responsible for the killing, only for the military to later inform the Lagos enquiry panel that the military was invited to the Lekki Toll Gate by Governor Babajide Sanwo-Olu.

“In the same vein, Nigerians are disturbed by the contradicting claims by Sanwo-Olu, who earlier asserted that there was no causality at Lekki Toll Gate, only for him to admit afterwards that one person died and later changed his figure to two.”

The PDP also expressed disappointment that the Federal Government has failed to make any clarifications on the viral video showing armed hoodlum being brought in vehicles belonging to security agencies and openly coordinated to unleash violence on unarmed and peaceful protesters in Abuja and other parts of the country, noting: “The global community has been in distress over graphic videos of the night shooting at Lekki Toll Gate and the gory pictures of Nigerians killed while waving our nation’s flag and singing the national anthem in protest against Police brutality and myriads of injustices under the administration.”

The opposition party noted that Nigerians are yet to be told who ordered the deployment of the soldiers to toll gate and how Police vehicles were used to bring in armed thugs to attack and kill protesters in Abuja.