Suspect/Defendant: Why You Should Refuse Plea Bargain
Editor
November 19, 2020
8:54 am 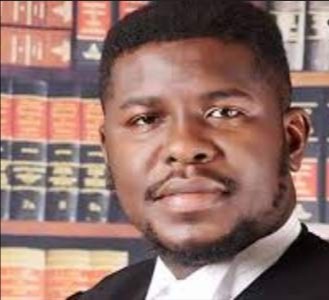 In Nigeria, a suspect/defendant is assumed to be innocent, until proven otherwise by his prosecutor. Where a person is suspected of any crime, the person is to be charged to court and prosecuted. It is the duty of a court to do justice by finding the defendant to be guilty or not guilty, based on evidence presented before the court.

In some circumstances, a defendant may admit to a crime in order for the defendant to be issued a lesser punishment than he would have obtained, if the defendant had gone to full trial; this is Plea Bargain. While this legal abracadabra (magic) may appear harmless and attractive, there are serious reasons a suspect/defendant should avoid plea bargain. This work reveals reasons a suspect should avoid and refuse plea bargain from any law enforcement agency in Nigeria.

“The main purpose of criminal trial is to ensure that a person, who has chosen to break any aspect of the criminal law, is not left to go scot free and for this reason, the prosecution has to establish the guilt of an accused person beyond reasonable doubt to pave the way for his punishment by law. The concept of plea bargain has in no way, derogated from the purpose or objective of criminal prosecution, given the fact that before an accused can benefit from the arrangement, the accused in question must plead guilty to some form of offence and, of course, be convicted for what he has pleaded guilty to.”

Recently, there seems to be a rise in plea bargain, especially in the Economic and Financial Crimes Commission (EFCC). While many scholars argue the propriety of plea bargain, it is also argued that plea bargain saves time and resources that would have been spent on court trials.

BY the way, it is important that mention that plea bargain increases the number of convictions secured by EFCC. To the Judges, plea bargain reduces the busy court dockets and schedules. If judges are rated by the number of cases they complete within a given time, then plea bargain also aids judges to complete more cases timely.

The practice of cajoling suspects/defendants to accept plea bargain even where there is no sufficient evidence against such persons, is highly unprofessional and must be discouraged by all law enforcement agencies. Innocent suspects/defendants must be encouraged to stand up for full trial even where there may spend time in Correctional Centers (Prisons), instead of bowing to plea bargain as a shortcut to freedom.

Plea bargain is part of criminal procedures and clearly provided for by several laws, including the innovative Administration of Criminal Justice Law of Lagos State, Economic and Financial Crimes Commission Act and the Administration of Criminal Justice Act, 2015. However, plea bargain is not a settlement out of court. It is not a scheme whereby suspects and defendants are forgiven of their crimes by merely returning the stolen items or paying fines.

Plea bargain is rather a legal process where a defendant admits to having committed all or parts of the crimes he/she is charged with and by this the person will be convicted by a court, where the court accepts the plea bargain.