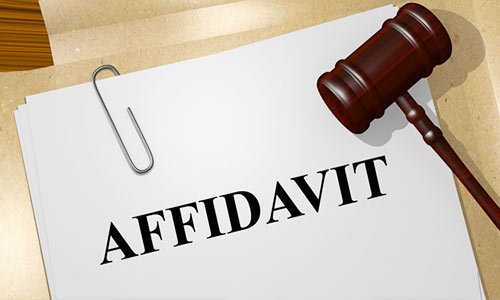 A 35-year-old man, Yakubu Mohammed, was on Thursday brought before a Kaduna Chief Magistrates’ Court for allegedly forging court receipts and affidavit.

The defendant, who resides at Market Road Rigasa Kaduna, is facing a two-count charge of criminal conspiracy and forgery.

He, however, pleaded not guilty to the charges.

The Prosecutor, Insp. Sunday Baba, told the court that the defendant committed the offences on Oct. 10, at Rigasa, Kaduna State.

Baba said that one Mohammed Sarki, of No.16 Abakpa in Kaduna State, apprehended and brought the defendant to Gabasawa Police Station.

According to him, the defendant forged the Kaduna state judiciary collection receipts and sworn affidavit and gave it to customers who came for MTN sim registration.

“During the course of investigation, the defendant confessed to the crime, stating that one Mohammed Ibrahim gave him the fake receipts and affidavit,” Baba said.

The prosecutor said that the offences contravened Sections 581 and 344 of the Kaduna State Penal Code Law, 2017.

The Magistrate, Aisha Danja, granted the defendant bail in the sum of N200,000 with one surety in like sum.

She directed that the surety must be residing within the court’s jurisdiction and must be gainfully employed, with evidence of tax payment to the Kaduna State Government.

Danja adjourned the case until Dec. 8 for hearing. (NAN)