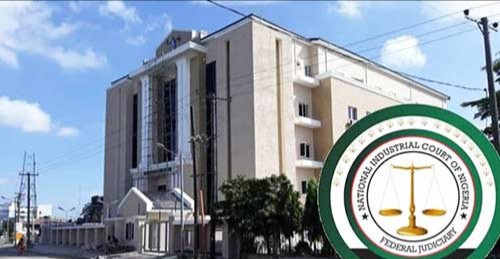 The Hon. Presiding Judge, Ibadan Judicial Division of the National Industrial Court, His Lordship, Hon. Justice Dele Peters has declared iROKOtv ltd restraining Clauses contained in the company Employee Non-Disclosure Agreement as illegal, invalid and unenforceable that the Court will not provide a platform for its enforcement for being covenants in restraint of trade and against public policy.

The Court held that it is not in the interest of the public for a citizen or resident of a country to be disallowed from legitimate use of his skill and being gainfully employed, ordered the firm to pay its former staff Mr. Michael Ugwu the sum of (N1,256,808) One Million, Two Hundred and Fifty-Six Thousand, Eight Hundred and Eight Naira for unpaid salary and in lieu of disengagement, with the sum of 200,000 costs of action.

From facts, the claimant’s had submitted that according to their agreement that until the expiration of 2 (Two) years after the termination of the employment, the employee would not engage directly or indirectly in any business, enterprise or employment which is directly competitive with that of the employer, sought a declaration that the act of the defendant- Mr. Michael Ugwu in openly soliciting the clients of the claimant (whom he got to know of by virtue of his position in claimant company) constitutes a breach of their non-disclosure agreement, also demanded the sum of 2 Million Naira damages amongst others.

The defendant- Mr. Michael Ugwu submitted that he does not owe the Claimant any “non-compete” or “non-solicitation” obligation that the circumstance of the execution of the Agreement is an unfair labour practice; that he executed the agreement under duress, that the agreement clauses about restraint of trade are illegal, invalid and unenforceable and counter-claimed for October 2013 salary and a salary in lieu of the same.

In opposition, the claimant- IrokoTv maintained that the Defendant- Michael Ugwu was not under duress when he executed the documents that contents of the agreement did not violate any written law in Nigeria; that the Defendant did not earn the salary for October as he did not report for work during the period; and having been dismissed under the said agreement that the Defendant is not entitled to any salary in lieu of notice of termination.

Delivering the Judgment, the presiding Judge, Hon. Justice Dele Peters held that a contract that is contrary to public policy cannot find support for its enforcement through the judicial process.

“Generally speaking, such restraint is unenforceable as being contrary to the public policy of promoting trade and business unless the restraint of trade is reasonable to protect the interest of the purchaser of a business and hence void ab initio.

“Within the context of this case, the Claimant is obliged to prove that it has an interest which is capable of being protected; that the restraint on the Defendant is reasonable and that it is not contrary to public policy or interest.

“I thus hold on the foregoing that Exh JN2 in general and its Clauses 3(e) & 7 in particular and the manner of execution of the same by the Claimant amounts to an unfair labour practice and contrary to public policy.