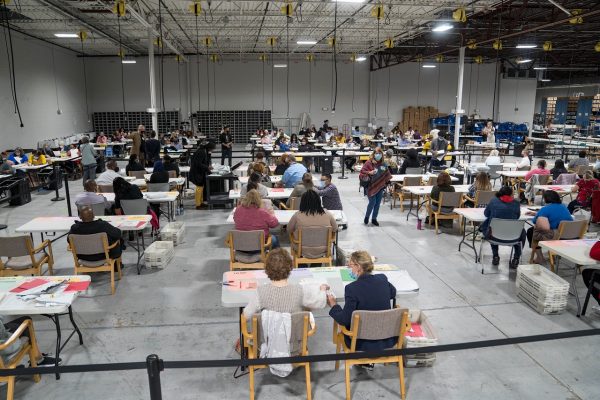 Georgia was due Thursday to release results of a hand recount of presidential election votes — with President-elect Joe Biden expected to be reaffirmed as the first Democrat to win the southern US state in almost three decades.

President Donald Trump has claimed baselessly that the recount of some five million ballots is rigged and the state would “flip” to him if authorities conduct a fairer process.

But Georgia officials have defended the integrity of the audit and say there is no evidence that the recount will change the outcome.

Biden was declared the winner in Georgia last week after a tumultuous election that saw the veteran Democrat prevail overall by 306 electoral votes to 232, denying Trump a second term.

Trump’s legal team has launched dozens of challenges — several of which have already been dismissed — in battlegrounds like Michigan and Pennsylvania, and requested recounts in Wisconsin.

In Georgia, Biden’s original margin of victory was just over 14,000 votes.

The hand recount that began last week and concluded late Wednesday narrowed that gap slightly to more than 12,700 as of early Thursday.

Some discrepancies were found in Republican-leaning counties, according to Gabriel Sterling, Georgia’s voting system manager who helped monitor the so-called risk-level audit.

“The good part was, the audit did its job. It found those tranches of votes,” he told Fox News.

Georgia’s Secretary of State Brad Raffensperger, who like Sterling, is a Republican, expressed virtual certainty that the recount did not change the outcome.

“We have not seen any widespread voter fraud,” Raffensperger told CNN late Wednesday. As for the recount, “I don’t believe at the end of the day it’ll change the total results,” he said.

This has not stopped Trump from spreading false conspiracy theories about massive voter fraud in Georgia and elsewhere.

“Almost ZERO ballots rejected in Georgia this election. In years past, close to 4%. Not possible,” Trump complained on Twitter Thursday.

He said the Democrats “got caught” without explaining what he was referring to and claimed far more votes were about to be added to his column than he needed to reverse the result.

The laser-like focus on Georgia is not just because of the recount. The state’s two US Senate races are going to runoffs on January 5.

With those contests set to determine which party controls the Senate next year, Republicans or Democrats alike are pouring resources into the state.