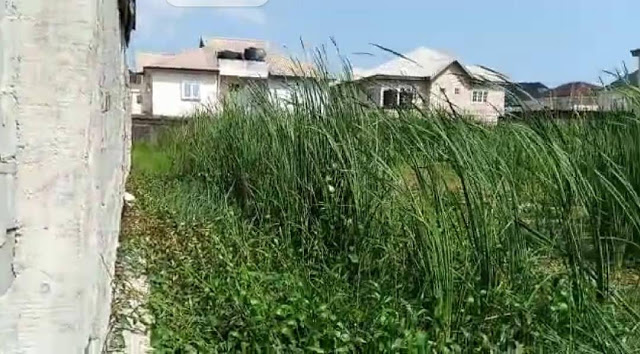 COMMUNITY LAND-On a fateful day, I received a telephone call from a colleague of mine detailing me on one of the current briefs he was handling. At that point  he needed help on how to go about it as he was lost and didn’t know what to do or the steps to take.

The conversation was about a client of his who through his friend bought a land in Lagos and was told that the title on the document was “EXCISION IN PROCESS” and it has a file number already and assured them that the process was going to be completed but to his amusement the same thing that was said some years back is still the same thing that is still been said years after.

This paper will shed light on what excision in process means and also help prospective buyers from falling victims to real estate companies, agents or marketers who use this term either innocently or negligently in order to make buyers comfortable.

Excision means the removal, cutting off of something. Therefore, it can be said that Excision in process in Land is the process of separating, cutting, dividing or partitioning  a said land in order to  have a portion for yourself and the other for the government.

This arrangement came into existence as a result of the Land Use Act 1978 where the Act gave the government 100% authority to own all lands in Nigeria and the governors of each State to own lands in his State and the problem of issuing a Certificate of Occupancy to everyone especially the community where the land is situate.

Lands before the emergence of the Land Use Act were owned by  different families in  communities and can do as they wish to the land even after discovering mineral resources on the land.

However, the Land Use Act did not extinguish the ancestral ownership of lands but there was still a need to apply to the governor of the State for consent before land can  be owned by individuals. When the consent of the State Governor  is sought and obtained a document is given evidencing ownership called Certificate of Occupancy (CofO). This type of land is said to have been Excised by the government.

Where a land is under Excision-in-Process, Certificate of Occupancy can not be given because the government is yet to partition or take the portion which they feel is okay for the state. This process can take years to accomplish. So let’s take for example, my colleague’s client who has bought a land with excision in process as the title and the government while dividing the land takes the land belonging to him it only means that the client no longer has a land and can only ask the real estate company, agent or marketer to give him another land which might not be of the same value with what he initially paid for.

In conclusion, When you are about buying a land and the only title it has is Excision in Process and a File number, it is advised that you conduct a thorough search at the land registry or terminate such a transaction irrespective of the assurance given and ensure that the land is excised before proceeding with the transaction  to avoid being like my colleague’s client.