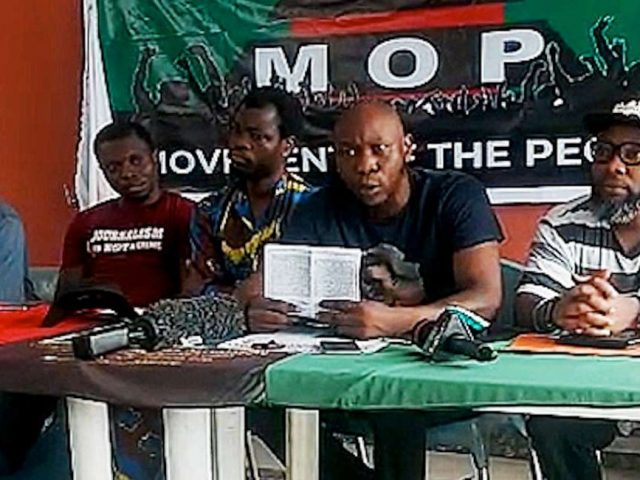 Seun Kuti, youngest son of the legendary musician, Fela Anikulapo-Kuti, has revived a political movement of his father, the Movement of the People, as part of his drive to call for better governance in the country, as well as an end to police brutality.

Kuti, while addressing the press yesterday at the Kalakuta Museum in the Ikeja area of Lagos, said the days in which members of his family were being harassed by security operatives appear to have returned. He vowed to mobilise citizens to rise and defend their rights under the aegis of the revived movement.

The briefing comes hours after Kuti said that the government had threatened to close down the New Afrika Shrine located in the Ikeja area of Lagos State.

It was learnt that policemen were strategically placed on streets leading to the New Afrika Shrine, a popular relaxation spot in the Ikeja area of the state. Some policemen were also seen at the entrance of the venue of the botched meeting, while movement in and out of the location was restricted.

The 37-year-old musician had sent out flyers announcing a mass meeting tagged ‘#EndSARS Movement: Lessons and Tasks’, which was scheduled to hold yesterday.

Many activists and #EndSARS campaigners had indicated interest in attending the meeting before the convener, Seun, announced that the meeting had been suspended.

Seun said in a series of tweets: “Yesterday, the government called my eldest sister, Yeni Anikulapo-Kuti, and threatened to close the shrine if I hold my event there tomorrow and also sent a letter to back it up. I respect my families’ decision not to hold the event as it is, but I will still go ahead with all the other organisations to launch The Movement Of The People tomorrow and start our political resistance to the tyranny of this oppressive regime.

“This is a meeting, just a meeting of organisations and they are basically banning the right of association. Why are they afraid of the people organising a meeting? What is democratic about this act? The last time we tried to launch it, the government quickly called curfew and this time, they have used threat but you can’t stop the will of the people.”

Earlier, Seun shared snapshots of a letter the Nigeria Police Force, Alausa Division, sent to the New Afrika Shrine dated November 16. Excerpts read: “You are hereby warned to suspend such gathering as any infraction that may emerge from this gathering would be tag a deliberate action to sabotage the transition and restoration of the peace in Lagos State by the state government and the Nigeria Police Force.”