Community Kicks Against Non-Confirmation Of Ikpeme As Cross River CJ
Editor
November 18, 2020
11:48 am 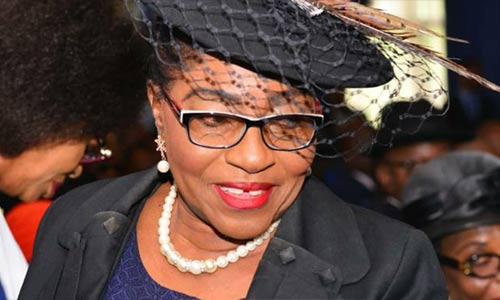 Members of the Eniong Abatim Community in Odukpani Coun­cil Area of Cross River State have kicked against the non-confirmation of Justice Akon Ikpeme, maintain­ing that the state government should follow due process, the rule of law and swear her in as substantive Chief Judge of the state.

Protesting against her continued non-confirmation, as recommended by the Nigeria Judiciary Commis­sion (NJC), they contended that refusal to swear in Ikpeme as sub­stantive Chief Judge, being the most senior judge in the state, was making mockery of the judiciary.

They lamented that in the past one year, three judges had passed through the state judiciary in acting capacity against the laid down prin­ciples in that arm of government.

It would be recalled that Justice Michael Edem retired in November last year and the House of Assembly screened Justice Ikpeme after which Governor Benedict Ayade swore her in as Acting Chief Judge.

But worried by the development, Chairman of the community, Dr. Da­vid Okon, told journalists that the de­velopment was capable of derailing democracy in the state as the rule of law was being abused.

Okon said it was unjustifiable for the state House of Assembly to decline confirming Ikpeme as sub­stantive Chief Judge on grounds that she was from Akwa Ibom State and would constitute security risk in the judiciary.

“She has contributed immensely to the development of our communi­ty and Cross River State in general with a high sense of responsibility, honesty and diligence,” Okon said.

The Eniong Abatim Community, therefore, urged Governor Ayade to swear in Justice Ikpeme as substan­tive Chief Judge without further delay adding: “We do not care about the number of acting chief judges that may have been or that would be appointed, as it is now turning out to be the norm in Cross River State.”