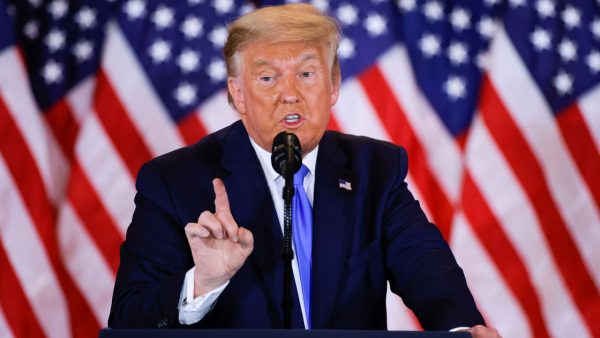 Two months before he is due to leave office, President Donald Trump asked top aides about the possibility of striking Iran’s nuclear facilities, The New York Times reported Monday.

During a meeting at the Oval Office last Thursday, the outgoing Republican leader asked several top aides, including Vice President Mike Pence, Secretary of State Mike Pompeo and the chairman of the Joint Chiefs, General Mark Milley, “whether he had options to take action against Iran’s main nuclear site in the coming weeks,” the newspaper said.

The senior officials “dissuaded the president from moving ahead with a military strike,” warning him that such an attack could escalate into a broader conflict in the last weeks of his presidency, the Times wrote.

Trump reportedly asked the question after a report by the International Atomic Energy Agency (IAEA) said that Iran was continuing to stockpile uranium.

According to the Times, the most likely target of such a strike would have been Natanz, where the IAEA reported that Tehran’s “uranium stockpile was now 12 times larger than permitted under the nuclear accord that Mr Trump abandoned in 2018,” three years after it was signed in a bid to curb Iran’s nuclear capabilities.

Iran has long been Trump’s bete noire, and he first reintroduced sanctions and then tightened them even further after scrapping the nuclear accord.

European partners in the accord have struggled to keep the deal afloat despite Trump’s efforts to torpedo it, and are hoping for a renewed diplomatic approach after the election victory of Democrat Joe Biden on November 3, although Trump refuses to concede his loss.

The Trump administration has pledged to step up the punitive measures, which some critics see as an attempt to build up a “wall of sanctions” that Biden would have difficulty tearing down once he takes office.