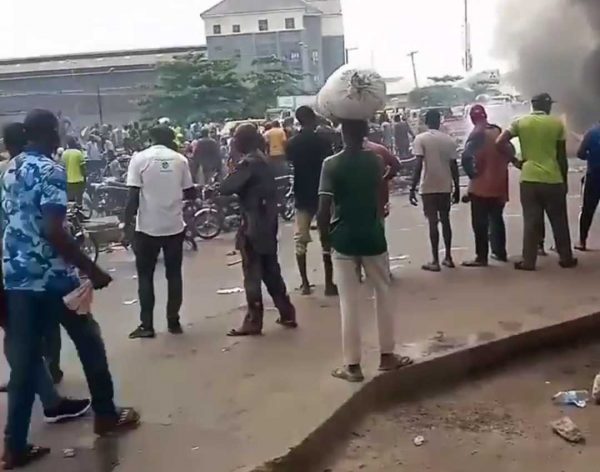 Motorcyclist on Tuesday clashed with officials of the Lagos Task force officers at Second Rainbow along Apapa-Oshodi Expressway.

According to eyewitness, the task force officers, who went to arrest the Okada riders, seize their bikes, were faced with serious opposition which led to chaos in the area.

Residents have been advised to avoid this route pending when normalcy will return to the area.