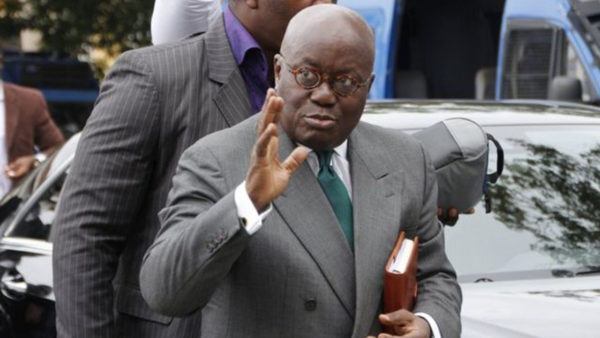 The move comes just three weeks ahead of a presidential election that sees Akufo-Addo facing a tight race against former leader John Mahama.

Former attorney general Martin Amidu announced his resignation late on Monday, saying he had become convinced “that I was not intended to exercise any independence” in the job.

“You had laboured under the mistaken belief that I could hold the Office of the Special Prosecutor as your poodle,” Amidu wrote in a letter to the president.

Amidu was appointed by Akufo-Addo in 2018, sparking hopes that he could help curb graft in the country.

The prosecutor said he decided to quit after the president tried to get him to “shelve” a scathing report on a plan to sell the bulk of Ghana’s future gold royalties to an offshore firm.

The government is seeking to cash in on the high price of gold and raise some $500 million dollars (420 euros) by floating half of the firm on the London Stock Exchange.

Amidu accused Akufo-Addo of trying to act as “a judge in your own cause” after the report contained “negative anti-corruption assesments” over the presidency’s role.

There was no immediate response from the presidency to the allegations but officials have previously insisted they are acting transparently.

The report was eventually published two weeks ago and the government has said it was delaying the London floatation in the face of opposition until after elections on December 7.

The authorities insist the plan will help Ghana raise vital cash to help offset the damaging impact of the coronavirus pandemic on its economy.

Ghana is viewed as one of West Africa’s most stable democracies but corruption remains a persistent problem.

The country ranked 80th out 180 nations in Transparency International’s 2019 Corruption Perceptions Index, with a survey saying that a third of public service users had paid a bribe in the last year.