Amended BOFIA: The birth of ‘unquestionable’ regulator
Editor
November 16, 2020
5:01 am 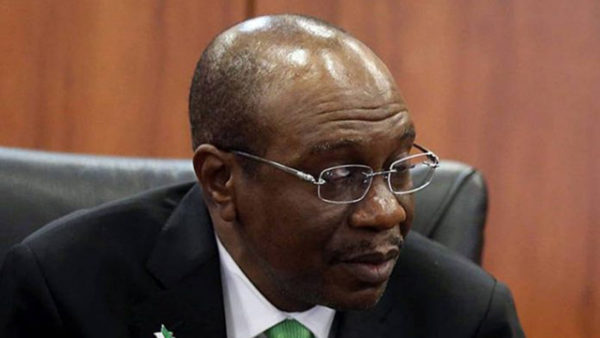 The Central Bank of Nigeria (CBN) has been taunted as a super-regulator. This is not only for the autonomy it derives from its enabling law but also because it can bite at will and get away with it.

In 2009, when the apex bank, under the leadership of Sanusi Lamido Sanusi, sacked the managements of defunct Intercontinental, Oceanic and seven others banks, shattered their owners and took over the institutions in what was termed the ‘Sanusi Tsunami’, individuals and groups went to court in droves. But the litigations made no difference as the banks, except one, were subsequently nationalised and sold under a state cover.

Of late, the CBN has been accused of arbitrarily freezing the bank accounts of individuals. First, it was 38 accounts of individuals it accused of being involved in foreign exchange manipulation. No argument, including the fact that the transactions on the accounts were covered by a section of its (CBN) Foreign Exchange Control Manual that stipulates the operation and management of domiciliary accounts, sufficed.

A few weeks ago, it was the turn of #EndSARS protesters, whom the government commended for speaking out against its missteps in a civilized manner. However, 20 of the protesters had their accounts frozen on the ground that they were being investigated in connection with “terrorism financing”.

In both cases, there were allegations that the accounts were frozen before the apex bank procured ex parte orders to give their action some civility. Even when the court orders were deemed to have expired, the accounts have not been unfrozen.

Some years ago, when the regulator through circulars directed the banks to penalise individuals transacting in cash over a permissible limit, lawyers and financial experts accused the Bank of treating issues that should have been addressed with acts of parliament with circulars. Years later, the decision has come to stay whereas no law has been passed to “legalise the irregularity” as noted by Godwin Owoh, a professor of Applied Economics (banking and finance).

After the 2008 financial crisis (which experts said was exacerbated by the confidence crisis in the banking sector), the Central Bank has consistently overreached its monetary responsibilities, intervening in textile, Nollywood, small and medium-sized enterprises (SMEs), agriculture and many other sectors. While the affected industries genuinely need the financial support contemplated by the largely-accessed interventions, economists have frowned at the CBN, involvement in purely fiscal issues.

Recently too, the immediate past Acting General Manager of the National Arts Theatre, Sunday Baba, had to come to the apex bank’s rescue amidst concerns on the connection between bank supervision/monetary policy (the roles of CBN) and the National Arts Theatre management. There were media reports that the Bank had taken over the national monument, hence Baba saw the need to explain that CBN, through the Bankers’ Committee, would only renovate the complex and return it over to the Federal Government.

The apex bank has held sway in what many interpret as a too-tall-to-bend attitude. Perhaps, it is the only agency the National Assembly has not been able to call to order, which Owoh said is a demonstration of how skewed the oversight framework and institutions are.

But Nigeria may be witnessing a more obtrusive CBN in the coming years. With the signing of the amended Banks and Other Financial Institutions Act (BOFIA) 2020 into law, the Bank has just been given more power to assert itself as an ‘unquestionable’ regulator.

The Nigerian Economic Summit Group (NESG), had, on the passage of the bill by the Senate, called on President Muhammadu Buhari to withhold its signature from the document in the interest of the economy. In a submission endorsed by CEO of the Group, Laoye Jayeola, it noted that some sections that make the document not “fit for purpose in a developing country.”

The audacious position of the organisation rather placed it on a collision course with the CBN, leading to an implosion in the NESG Board, as some members resigned in solidarity with the apex bank.

But a lawyer and presidential aspirant on All Grassroots Alliance (AGA) in the 2019 elections, Chuks Nwachukwu, reiterated the position of the Group. He said that Section 12(6) of the Act is a direct limitation of the power of the court as granted by the Constitution. This, he said, has rendered the Act null and void.

“The court has the power to decide the legality of any action that borders on the fundamental human rights of all citizens,” he insisted, adding that it is not within the power of the legislature to determine how far a court can go in interpreting the law.

According to the section referenced, the court cannot grant a restorative order where the CBN revokes a bank’s licence. An affected bank, at best, is only entitled to payment of damages, as no court can nullify the CBN’s decision to revoke an operating licence.

Nwachukwu, who was involved in the 2009 bank intervention litigations, added: “This is another measure to cow Nigerians. It is a law made against Nigerians. What they are simply telling the banks is that no matter how huge you are, they can withdraw their licences at the slightest excuse. That will instil fear in all businessmen. It will scare investments away. We did not have this sort of draconian law in 2009, when the Central Bank took over some banks. You can imagine what will happen now that the CBN is not answerable to anybody, not even the court. This is an attack on investors; it is an attack on the country.”

Observing that the law is ousting the jurisdiction of the court, the lawyer argued that the Act is dead on arrival. He was worried about the wrong signal the Act would send to the investment market, saying it would drag Nigeria back to the military era.

As bad as the clause on the Bank’s irrevocable power to withdraw licence is, Owoh said the fact that it says nothing about related cases that are yet to be determined makes it worse. He recalled that it took Savannah Bank about seven years to regain its licence after protracted litigation, saying Savannah would not have a fair hearing under the new Act.

Owoh, who said his presentation at the Senate’s public hearing on the bill was ignored, said the Act is “unnecessarily personalised”. He wondered why the law gives so much power to the Central Bank without corresponding responsibilities. If left unchallenged, he said, the legislation would “kill the banking sector” as no serious investors would be interested in the industry.

The Act’s provision for a weighted vote, according to Owoh, will trigger proxy activities that would whittle minority shareholders’ interests and lead to weaker corporate governance practice. This, he said, contravenes the Companies and Allied Matters Act 2020 (CAMA), which has ceded sufficient rights to minority interests to enhance corporate governance.

“What the new position implies is that a majority shareholder can take a loan and go to a meeting to use his position to ask that the loan be written off. That is not good for proper corporate governance, and it is a contradiction of our aspiration,” insisted Owoh, who served as an advisor to Prof. Charles Soludo, a former CBN Governor.

The economist also dismissed the provision for a special tribunal for enforcement and recovery of eligible loans, saying it is a duplication of the responsibilities of the Asset Management Corporation of Nigeria (AMCON), the Economic and Financial Crimes Commission (EFCC), the Nigerian Police Force, and the judiciary. He wondered what would happen if every agency of government sets up a tribunal to address issues peculiar to their supervisory roles.

Owoh said the document delved into operational issues that should have not been provided for in legislation, while leaving out weightier matters required to enhance the governance structure of the institution such as a code of conduct to regulate the responsibilities of the key personnel of the regulatory body.

NESG had also faulted Section 3(3) provision, which gives the CBN Governor the power to turn down an application for a licence without necessarily explaining its refusal.

“As currently drafted, Section 3(3) gives the Governor of the CBN absolute power to refuse to grant a banking licence without giving any reasons whatsoever. Such enormous power goes against the grain of contemporary and good order regulatory oversight…Such powers might be considered by the investment community, operators and counterparties to be arbitrary and liable to abuse or be used to act in any manner the regulator sees fit, without check or balance or hindrance.

“This, we believe, will discourage investment/participation in the banking industry – especially from serious investors, and affect the perception of Nigeria as a country where banking licences are not granted on transparent principles. Good law-making places constraints on a regulator’s arbitrary power to do as he or she wishes without consideration for the impact on stakeholders and investing parties,” NESG noted in a protest letter to the President.

The newly-created special tribunal, which some stakeholders have described as overkill, also enjoys similar largesse. A clause says “the President of the tribunal, members of the tribunal or any person acting judicially shall not be liable to be sued in any court for any act done or ordered to be done by him in the discharge of his judicial duty whether or not within the limits of the tribunal’s jurisdiction.”

Also, Managing Director, Highcap Securities, David Adonri, told The Guardian at the weekend that the market is waiting to challenge all the sections that contradict the Constitution, as pointed out by NESG. He said he was shocked that the President went ahead to sign the Act as transmitted by the National Assembly despite the protest.