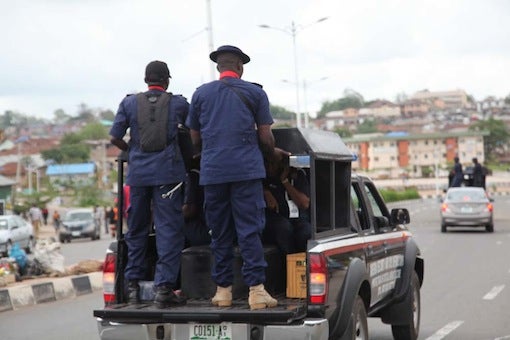 A local government councillor in Anambra State, Chukwuebuka Ikeji, has allegedly been killed over a land dispute.

As a consequence, irate youths in the area mobilised and set the house of his alleged killer, Emmanuel Ukandu, ablaze.

Also torched was Ukandu’s bus, which he allegedly used to murder the victim.

The incident happened in Umunna, Umuchukwu in the Orumba South Local Government Area of the state.

It was gathered that Ukandu, who had a misunderstanding with the deceased over a land matter, allegedly targeted him at the village square and crushed him despite warnings by his motor boy of the impending danger.

The Public Relations Officer of the Nigeria Security and Civil Defence Corps in the state, Edwin Okadigbo, confirmed the incident to our correspondent.

He said the Orumba South Divisional office of the NSCDC was alerted to the incident on Wednesday.

Okadigbo stated, “Preliminary investigation revealed that the suspect, who had been laying claim to communal land, had been angry with all the people, who had prevented him from having his way.

“In the process, he killed the victim, who was the councillor representing Umuchukwu in the Orumba South Local Government Area, even when the motor boy, who was with him in the bus, was shouting at him not to hit the man.”
Category : Uncategorized
PreviousLekki Port Gets $221 million China Harbour’s Equity Infusion
NextCoronavirus humbles me at isolation centre -immigration boss