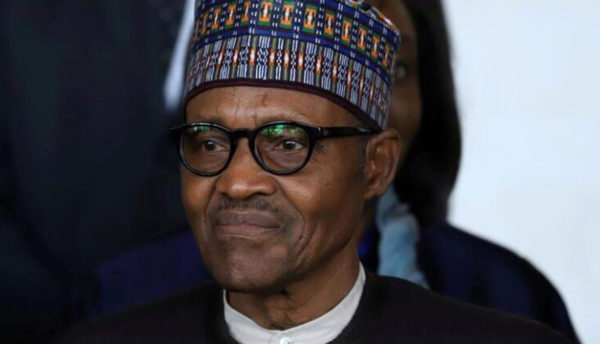 YORUBA socio-cultural organisation Afenifere and some legal practitioners have expressed mixed reactions over the directives of President Muhammadu Buhari on cessation of all movements for two weeks in Lagos and Ogun States and the Federal Capital Territory (FCT), Abuja, to stop the spread of the deadly COVID-19 currently ravaging the World. Prior to Sunday evening when Buhari gave the order in a life broadcast, there were a series of agitations and condemnations that the government was handling the issue of coronavirus in the country with levity while the president was vilified for failure to address Nigerians unlike other world leaders, who address their citizens on a daily basis over the development.

In a statement yesterday, spokesman of Afenifere, Mr. Yinka Odumakin, said the group could not fathom why it took so long for such directives to come as the only thing new in it was locking down Abuja, Lagos and Ogun States. The group said while it agreed that a lockdown is necessary at this point “it would not have been done as if we were shutting down a barrack under 24 hours. The people should have been given a few days’ notice before now so they could get themselves prepared.”

Afenifere added that it was a big shame that a rich country like Nigeria has been badly governed over the years and up till this time “it cannot afford any serious stimulus package for its citizens beyond moratorium for NPower earners. By the way, we do not understand where the president was asking the Ministry of Humanitarian Affairs to go and get students to be fed with School Feeding Programme when all students in the country are at home.”

The group, however, encouraged Nigerians to cooperate with government to curtail the spread of the pandemic. Meanwhile, Mr. Ebun-Olu Adegboruwa, faulted the proposed movement restriction as illegal. He said President Buhari has no powers to restrict the movement of persons without recourse to the National Assembly.

According to Adegboruwa, “The president has not invoked his powers under the Constitution to declare any state of emergency, which must be approved by the National Assembly. We are running a constitutional democracy and it is illegal for the president to take over the affairs of any state of the federation without the express consent of the people of that state through their elected representatives.”

He noted that it is only the governor of the state through the House of Assembly that can make any declaration concerning the people of that state, adding, “Little wonder that the president could not cite any law that he relied upon for his declaration.”

Although, Adegboruwa said he supported every measure taken to contain the coronavirus pandemic, but noted that such must be in accordance with law, saying, “If we allow this to stay, then tomorrow the president may just impose total restriction on all staes of the federation for whatever reason.”

But taking contrary positions, Mr. Kayode Ajulo, who holds a Ph.D in law, said the president is empowered to restrict movement on health ground, noting, “The Federal Quarantine Act, CAP 384 LFN, 1990 CAP Q2 LFN 2004, which remains in force today, is the primary law governing matters concerning public health crises in Nigeria. It is based on the exclusive legislative jurisdiction accorded to the federal government under the Constitution on issues of ‘quarantine’ and any matter incidental thereof.”

He added that the act empowers the president to place a curfew, impose restriction of movement, including a lockdown, according to the provisions of the Quarantine Act.

Another lawyer, Oluwole Kehinde, said the constitution allows for contraction of human rights in circumstances Nigeria finds herself now “but the president is required to issue a notice and make regulations for necessary actions and measures to be taken by the government. Here, the president has rolled out measures without the requisite Notice and Regulations. It’s like putting the horse before the cart. But we must bear with it. Although it’s not out of place for anyone concerned to point out the gaffes to forestall future abuse by any ambitious or autocratic leader.”

In his reaction, another senior lawyer, Mr. Smart Olatunji, said Buhari might not be totally wrong or right if vaccine to cure COVID-19 has been provided or if there has been financial provisions for Nigerians.

Meanwhile, Chief Tony Dania said this was no time to be unnecessarily legalistic, adding, “The society must exist first before any other thing. We are at the risk of the extinction of a substantial part of the society due to a deadly virus that, for now, has no cure, but can only be subdued by lots of restrictions, which we can voluntarily imbibe or enforce, but which, if enforced by government, would ordinarily infringe on our collective and or individual constitutional rights.”
Category : Uncategorized
PreviousJob scammer bags 10 years for N1.8m fraud
NextOladimeji Ramon: When politicians pressurise judges to give conflicting orders