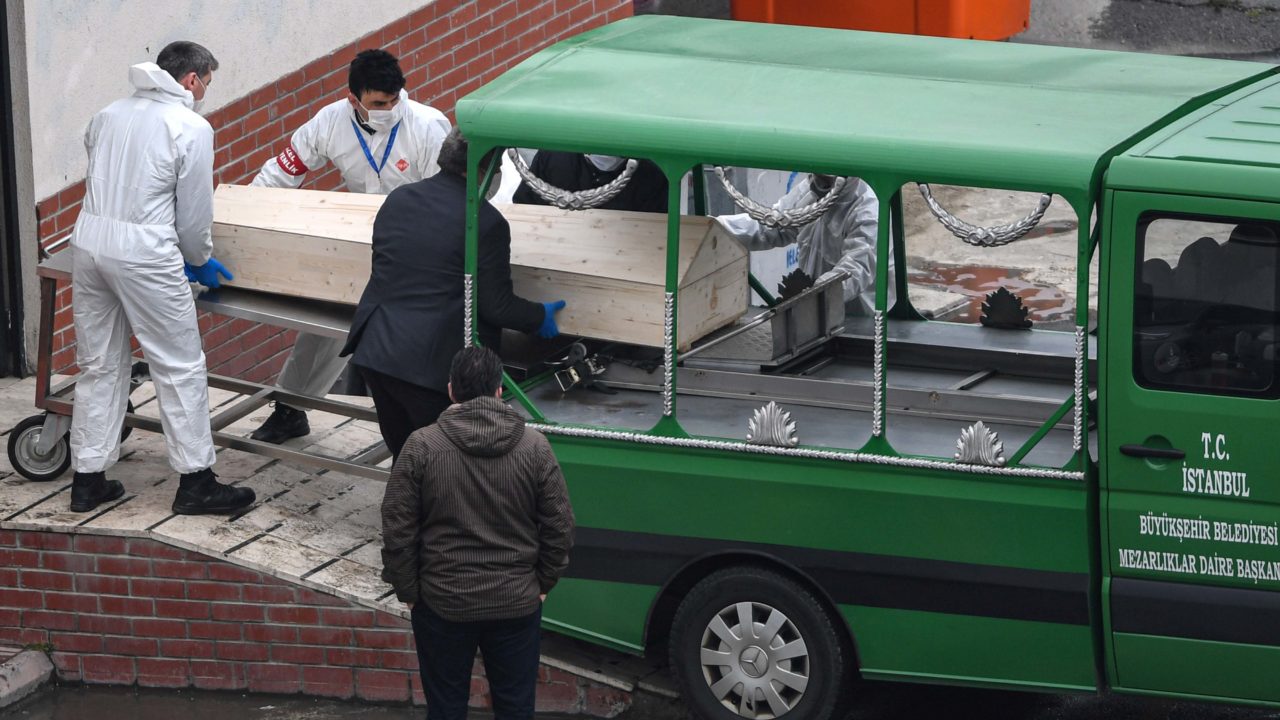 By AFP
More than 200 people have died from COVID-19 in Turkey, which has ramped up tests to more than 15,000 a day, Health Minister Fahrettin Koca announced Tuesday.
Koca shared the latest figures on Twitter, saying that 46 people had died in the last 24 hours, raising the country’s overall death toll to 214.

With 2,704 more cases of the novel coronavirus, the official total of those infected has reached 13,531.

“The number of tests has increased by 25.2 percent compared with yesterday,” Koca said. Health officials are identifying positive cases faster and with more accuracy, he added.

On Tuesday, Interior Minister Suleyman Soylu said 50 towns and areas in 21 cities across the country had been placed under quarantine, but Turkey has stopped short of declaring a nationwide lockdown.

Istanbul mayor Ekrem Imamoglu of the opposition CHP party called for a partial lockdown in Turkey’s biggest city, sharing a graphic that showed a threefold increase in the number of people using public transport from Sunday to Monday.

“Failure to ensure social distancing poses an enormous risk at this time, when COVID-19 cases are surging in Turkey. Once again, I am calling on the government to impose a partial curfew for Istanbul,” he tweeted.

Erdogan has launched a public campaign to raise money for people who are struggling because of the pandemic.