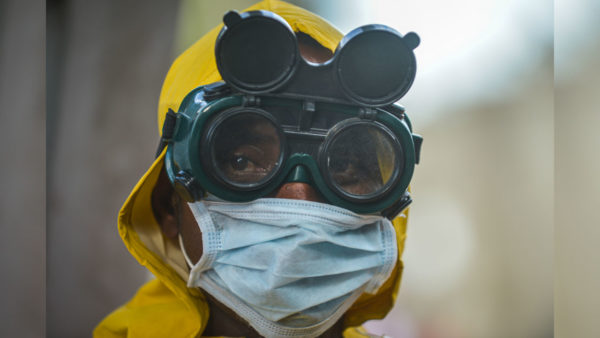 By AFP
Ethiopia on Tuesday vowed to restore phone and internet service to a restive portion of the country’s west amid criticism that a months-long shutdown was depriving millions of vital information about the coronavirus pandemic.
Communications had been cut in the area known as Wollega, located in the Oromia region, since early January, when the military ramped up operations against a rebel group known as the Oromo Liberation Army.

Some parts of Wollega, including the market town of Nekemte, had phone service but no internet, while other parts were completely cut off.

“Currently the peace situation in western Oromia has been improved by security and community participation, and starting from today the telecommunications service will be restored,” Shimelis Abdisa, deputy president of Oromia, announced Tuesday, according to state-affiliated Fana Broadcasting Corporate.

Fikadu Ayana, an opposition politician in Nekemte, confirmed via text message that the internet was back on there.

Residents of Dembi Dollo, a town farther west that has been a hotspot of recent violence, said phone and internet service was working.

Recent military operations in Wollega have featured an array of human rights abuses, including indiscriminate killings of civilians, mass detentions and restrictions on political activities.

Asebe Regassa, a lecturer at Wollega University, told AFP this week that there was no indication the security situation was getting any better.

But the government of Prime Minister Abiy Ahmed had come under pressure in recent weeks to end the communications blackout as Ethiopia responds to its first wave of cases of COVID-19, the disease caused by the new coronavirus.

“Access to timely and accurate information is essential in a time of crisis, especially as Ethiopia simply does not have the infrastructure to cope with a coronavirus outbreak,” Human Rights Watch (HRW) said in a statement on March 20.

Earlier on Tuesday, before Shimelis’ announcement, HRW had reiterated its call for the lifting of phone and internet restrictions in Ethiopia, saying they had “prevented families from communicating” and “disrupted life-saving services”.

The majority of cases are in Addis Ababa, the capital, and two people have recovered.
Category : Uncategorized
Previous12-year-old infected with coronavirus dies in Belgium
NextLagos, Ogun, Abuja shut down is constitutional, Malami tells Buhari’s antagonist