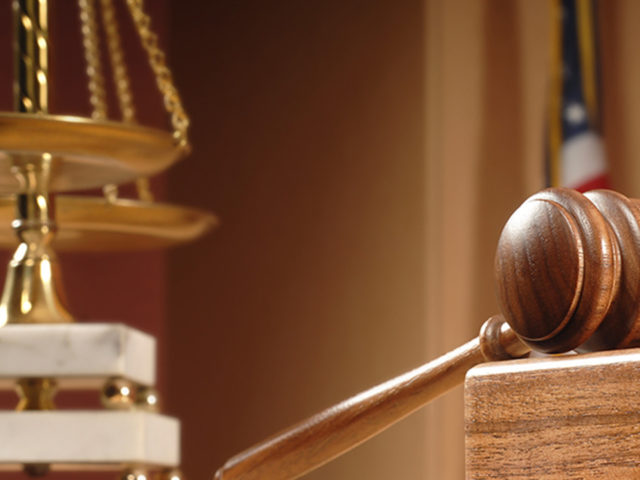 FACTS OF THE CASE
The appellant, a Legal Practitioner was a post-paid customer of the respondent on his GSM Line No. 0803-720-0757. The appellant contended that the respondent breached its contractual obligations to him when for a cumulative period of 31 days it blocked/disconnected his said GSM Line without any justification, consequent upon which he suffered enormous frustration, hardship, inconveniences, loss of income and economic loss.

He, therefore, instituted proceedings before the High Court of Lagos State in Suit No. LD/1666/2012: Taiwo Kupolati Vs. MTN Nigeria Communications Ltd., claiming the following reliefs: “(a) A Declaration that the blocking/disconnection of the claimant’s GSM line No. 0803-720-0757 and Blackberry Internet Services from November 6, 2011, to November 21, 2011, and from October 6, 2012, to October 22, 2012, without justification, is wrongful and a breach of the contractual obligations, which the defendant owes to the claimant as a post-paid subscriber of the defendant’s network services.

(b) A declaration that the defendant’s wrongful action of blocking/disconnection of the claimant’s GSM line No. 0803-720-0757 and Blackberry Internet Services from November 6, 2011, to November 21, 2011, and from October 6, 2012, to October 22, 2012, without any justification, foisted enormous frustration, hardship, inconveniences, loss of income, economic loss on the claimant, for which the claimant ought to be assuaged by the substantial award of general and exemplary damages against the defendant. (c) N50 million as general and exemplary damages against the defendant.
(d) Cost of this action.”

After a plenary hearing at which testimonial and documentary evidence was adduced, the High Court found and held that the respondent was in breach of its contract with the appellant when it blocked/disconnected the appellant’s said GSM line. It then proceeded to award the sum of N1million to assuage the appellant for the frustration, hardship and inconvenience occasioned by the wrongful disconnection of his said GSM line for the cumulative period of 31 days.

There was no complaint about the decision that the respondent was in breach of contract. The appellant, however, being dissatisfied with the quantum of damages awarded by the High Court, appealed against it to the Court of Appeal.

ISSUES FOR DETERMINATION
The Court determined the appeal on a sole issue thus: whether the circumstances of this matter are such for an appellate court to interfere with the quantum of damages awarded by the lower court.

APPELLANT’s SUBMISSION
In arguing the sole issue, the appellant submitted that the N1 million awarded by the High Court was inadequate compensation for the breach of contract for 31 days and that there was no legal requirement for the appellant to provide specific proof of his economic loss in order to be entitled to substantial damages because proof of same was “well-nigh impossible” relying on the case of HAROLD SHODIPO & CO. LTD vs. THE DAILY TIMES OF NIGERIA LTD (1972) 7 NSCC 635 at 637; (1972) LPELR-3065 (SC).

According to the appellant, the approach to assessment and award of damages in the circumstances was to base same on the available evidence of the professional standing of the appellant and how he suffered a communication blackout during the 31 days he was disconnected and arrive on quantum by relying on the opinion and judgment of a reasonable man vide OSUJI vs. ISIOCHA (1989) 3 NWLR (PT III) 623 at 636; (1989) LPELR-2815 (SC) and ANDREW vs. MTN NIGERIA COMMUNICATIONS LTD (2017) ALL FWLR (PT 900) 518; (2016) LPELR-41181(CA).

The respondent further argued that the decline in the value of the naira was not a factor to be taken into account in the peculiar circumstances of the case since the action is not for violation of fundamental rights where the value of the Naira is usually taken into account in assessing damages vide ARULOGUN vs. C. O. P. LAGOS (2016) LPELR-40190 (CA), NZEGBUNA vs. OKOYE (2018) LPELR-43943 (CA) and NPF vs. OMOTOSHO (2018) LPELR-45778 (CA). It was conclusively submitted that the case of SHODIPO & CO. LTD vs. DAILY TIMES OF NIG LTD (1972) LPELR-3065 (SC) relied upon by the appellant are not applicable.

APPELLANT’S REPLY ON LAW
In his reply brief, the appellant submitted that the respondent’s submissions on exemplary damages and restitution in integrum did not arise in the appeal. The award made by the High Court, he argued, was general damages and that it need not be specifically pleaded or proved by evidence as it is awarded for the loss, which flows naturally from the defendant’s act. The case of GTB PLC vs. OBOSI MICROFINANCE BANK LTD (2018) LPELR 44518 (CA) was referred to and it was maintained that the appellant needs not prove a pecuniary loss to be entitled to the award of general damages in the circumstances of the case. The award of N1million as damages, it was asserted, was inordinately low relative to the award of damages made in cases like HAROLD SHODIPO & CO. LTD vs. THE DAILY TIMES OF NIGERIA LTD (1972) 7 NSCC 635 at 637, (1972) LPELR-3065 (SC); MTN COMMUNICATIONS LTD vs. AMADI (2013) ALL FWLR (PT 670) 1329 at 1354-1355, (2012) LPELR-21276(CA) and ANDREW vs. MTN NIGERIA COMMUNICATIONS LTD (2017) ALL FWLR (PT 900) 518; (2016) LPELR-41181(CA).

RESOLUTION OF ISSUES
In resolving the sole issue, the Court held that general damages need not be pleaded and proved. The award of general damages is at the discretion of the Trial Court, which is based on what is considered adequate loss or inconvenience by a reasonable person which flows naturally, as generally presumed by law, from the act of the defendant. It does not depend upon calculation made and figure arrived at from specific items. See YALAJU-AMAYE vs. ASSOCIATED REGISTERED ENGINEERING CONTRACTORS LTD (1990) LPELR (3511) 1 at 47, ROCKONOH PROPERTY CO. LTD vs. NITEL PLC (2001) LPELR (2951) 1 at 11-12, amongst others. Also, the Court cited the case of DIAMOND BANK PLC vs. WELLCARE ALLIANCE LTD (2015) LPELR (40762) at 27-28, where per Abba Aji, JCA (now JSC) stated: “The law is trite that where general damages are claimed if the issue of liability is established as in the present case, the trial judge is entitled to make his own assessment of the quantum of such general damages and on appeal, such damages will only be altered or varied if they were shown to be either so manifestly too high or so extremely too low or that they were awarded on an entirely erroneous estimate of the damages to which the plaintiff is entitled.”

The Court went further to state that the assessment of the quantum of general damages is at the discretion of the Court. The attitude of Appellate Court is to refrain from interfering with the exercise of discretion by the trial Court in the absence of proof that it was wrongly exercised. An appellate court will therefore not interfere with the award of damages by a trial Court except in the following circumstances: a) Where the Court acted under wrong principles of law. b) Where the Court acted in disregard of applicable principles of law. c) Where the Court acted in the misapprehension of facts. d) Where the Court took into consideration irrelevant matters and disregarded relevant matters while considering its award. e) Where injustice will result if the Appellate Court does not act. f) Where the amount awarded is ridiculously low or ridiculously high that it must have been an erroneous estimate of the damages. See ACB LTD vs. APUGO (2001) 5 NWLR (PT. 707) 653, B. B. APUGO & SONS LTD vs. OHMB (2016) LPELR (40598) 1 at 61-62, SPDC LTD vs. TIEBO (2005) LPELR (3203) 1 at 25 and ODUWOLE vs. WEST (2010) LPELR (2263) 1 at 15.

In overruling the decision of the High Court, the Court held that the High Court wrongly placed a burden on the appellant to prove his claim for general damages, which need not be specially pleaded nor proved. The High Court then found that the appellant did not prove his claim for general damages and thus awarded nominal damages assessed at the sum of N1million. The Court, therefore, held that in the circumstances of the instant case, an appellate court would interfere with the award of damages in order to obviate injustice.

HELD
The Court allowed the appeal and set aside the award of N1million made by the High Court. In its place, the Court awarded the sum of N5million as general damages.