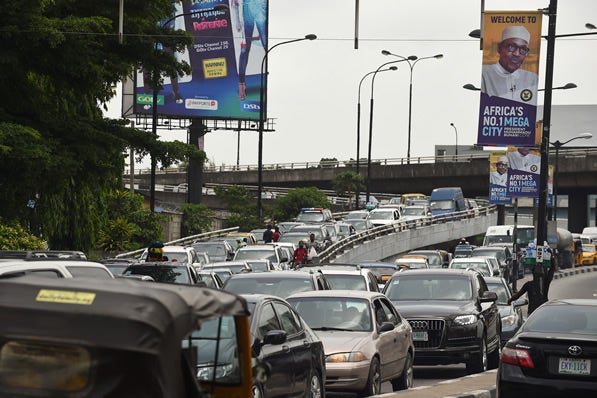 But the Attorney-General of the Federation, Abubakar  Malami, SAN, in a statement in Abuja, said Buhari did not commit any illegality.

Buhari, had in a broadcast on Sunday ordered complete lockdown of the FCT ,Lagos and Ogun states as part of measures to stop the spread of COVID-19, which rose to 111 on Sunday.

But Soyinka,  in a statement on Monday titled, ‘Between COVID-19 and constitutional encroachment’ signed from his Autonomous Residence of Ijegba, Ogun State, where he’s on ‘self-quarantine’, said the country was not in a war emergency.

He said, “Constitutional lawyers and our elected representatives should kindly step into this and educate us, mere lay minds. The worst development I can conceive is to have a situation where rational measures for the containment of the corona pandemic are rejected on account of their questionable genesis. This is a time for unity of purpose, not nitpicking dissensions.

“So, before this becomes a habit, a question: ‘does President Buhari have the powers to close down state borders?’ We want clear answers. We are not in a war emergency. Appropriately focused on measures for the saving lives and committed to making sacrifices for the preservation of our communities, we should nonetheless remain alert to any encroachment on constitutionally demarcated powers. We need to exercise collective vigilance, and not compromise the future by submitting to interventions that are not backed by law and constitution.”

The Nobel laureate wondered how a President, who had clearly been on AWOL (absent from where one should be), suddenly woke up after a long siesta to start issuing orders.

The elder statesman  asked, “Who actually instigates these orders anyway? From where do they really emerge? What happens when the orders conflict with state measures, the product of a systematic containment strategy — including even trial-and-error and hiccups — undertaken without let or leave of the centre.”

According to the essayist, so far, the anti-COVID-19 measures have proceeded along the rails of decentralised thinking, multilateral collaboration and technical exchanges between states.

He added, “The centre is obviously part of the entire process, and one expects this to be the norm, even without the epidemic’s frontal assault on the Presidency itself. Indeed, the centre is expected to drive the overall effort, but in collaboration, with extraordinary budgeting and refurbishing of facilities.

“The universal imperative and urgency of this affliction should not become an opportunistic launch pad for a sneak re-centralisation, no matter how seemingly insignificant its appearance.”

Adegboruwa had said the President had no right to make such a proclamation without recourse to the National Assembly.

The AGF, in a statement on Monday said the President did not commit any illegality.

He said, “It is important to inform the discerning members of the public that the President did not make a declaration of a state of emergency under Section 305(1) of the 1999 Constitution (as amended) which would have required the concurrence of both House of the National Assembly.

“Even at that Section 305(6)(b) of the 1999 Constitution (as amended) permits a proclamation of a state of emergency to run for a period of 10 days without the approval of the National Assembly when the parliament is not in session as in the present situation wherein the National Assembly has shut down.

“The learned silk also goofed when he questioned the President’s powers to restrict movement and claiming that such powers can only be exercised by the state governors and the respective state assemblies.

“It is clear from the President’s broadcast that what His Excellency sought to address is a public emergency occasioned by a dangerous and infectious corona virus disease. The restriction of movement came on the heels of advice received by the President from the Federal Ministry of Health and the NCDC, the two focal agencies in the fight against COVID-19.”

Malami, who is also the Minister of Justice, said the correct position remains that the President acted rightfully under the powers conferred on him by the Quarantine Act 1990 CAP 384 LFN which has the title: “An Act to provide for and regulate the imposition of quarantine and to make other provisions for preventing the introduction into and spread in Nigeria, and the transmission from Nigeria, of dangerous infectious diseases”.

The minister said it is not in doubt that COVID-19 is an infectious disease of a contagious nature which the President as rightly declared under Section 2 of the Quarantine Act to be a dangerous infectious disease.

On his part,  Falana, said the no-movement order in the FCT, Lagos and Ogun states  was not enforceable.

The human rights activist said the order had no legal backing and therefore unconstitutional.

He argued that the President lacked the powers to restrict movements in any part of the country without the consent of the National Assembly.

Falana said, “No doubt, the President is empowered to adopt any measures deemed fit to combat the dangerous disease but such measures have to be spelt out in a regulation made pursuant to section 305 of the Constitution or under the Quarantine Act.

“Otherwise the presidential order on restriction of movement in the affected areas cannot be enforced by the police.

“Even though civil rule was restored in the country 21 years ago, the psyche of the political class has not been demilitarised. Hence, decisions taken by rulers are required to be obeyed ‘with immediate effect’ without any legal backing.”

Falana said there where precedent cases which explained why the order could not be enforced.

He stated, “But in Okafor v Governor of Lagos State (2016) LPELR-41066 (CA) the Court of Appeal called on all authorities to appreciate the need to govern the country under the rule of law.”

“Thus, the directive of the governor of Lagos State restricting the movement of citizens and residents during the State’s monthly environmental sanitation exercise was struck down because of its unconstitutionality.

“It was the unanimous view of their Lordships that the arrest of Appellant for flouting the order or directive of the Governor was completely  illegal. According to Georgewill , J.C.A. “

He faulted lawyers saying that the law should be completely relegated to the background in combating the coronavirus pandemic.

He said, “It reminds me of the dissenting judgment of Lord Atkins in the case of Liversidge v Anderson 1944 UKHL 1. While accusing his learned brethren of being “more executive minded than the executive”,  his Lordship said inter alia:

“In England, amidst the clash of arms, the laws are not silent. They may be changed, but they speak the same language in war as in peace. It has always been one of the pillars of freedom, one of the principles of liberty for which on recent authority we are now fighting, that the judges are no respecters of persons, and stand between the subject and any attempted encroachments on his liberty by the executive, alert to see that any coercive action is justified in law.”

Falana called on the Federal Government to shelve the idea of sending the military to the streets to enforce the no-movement order.

He said, “While the nation’s armed forces should be commended for making their medical facilities available to members of the public in the fight against the highly dangerous virus, the plan to dispatch armed soldiers to the streets to enforce the COVID-19 guidelines should be shelved because it is  illegal.

‘For the upteenth time, I am compelled to draw the attention of the military authorities to the case of Yussuf v Obasanjo (2005) 18 NWLR (Pt ) where Salami JCA (as he then was)  held that ‘it is up to the police to protect our nascent democracy and not the military, otherwise the democracy might be wittingly or unwittingly militarized.

“This is not what the citizenry bargained for in wrestling power from the military in 1999. Conscious steps should be taken to civilianise the polity and thereby ensure the survival of and sustainance of democracy.”

The Lagos lawyer said, rather, the federal government should deploy more soldiers in confronting the Boko Haram terrorist group instead of unleashing them on the innocent citizens seeking their livelihood.

In a related development, a human rights lawyer, Inibehe Effiong, says he is approaching a Federal High Court to stop the President  from restricting the movements of Nigerians living in Lagos, Ogun and Abuja.

This is despite the partial closure of courts by the Chief Justice of Nigeria,  Tanko Muhammad.

Effiong, who is a Lagos resident, said in a statement on Monday that the President had no right to do so without recourse to the National Assembly.

The Lagos-based lawyer further stated that it was wrong of Buhari to have restricted movement without the backing of any law.

He added, “After a deep reflection on President Buhari’s decision to lockdown all movements in Lagos, Ogun and Abuja by Presidential fiat for 14 days, I have resolved to challenge this unconstitutional action in court.

“No responsible, democratic and civilised country will throw its constitution and laws into the dustbin in an effort to tackle a pandemic like Covid-19 the way President Buhari has done. Freedom of movement is a fundamental right guaranteed by Section 41 of the constitution.
Category : Uncategorized
PreviousCivil ingredients for award of general damages
NextBuhari’s restriction on movementtay directive raises constitutional issues, say lawyers