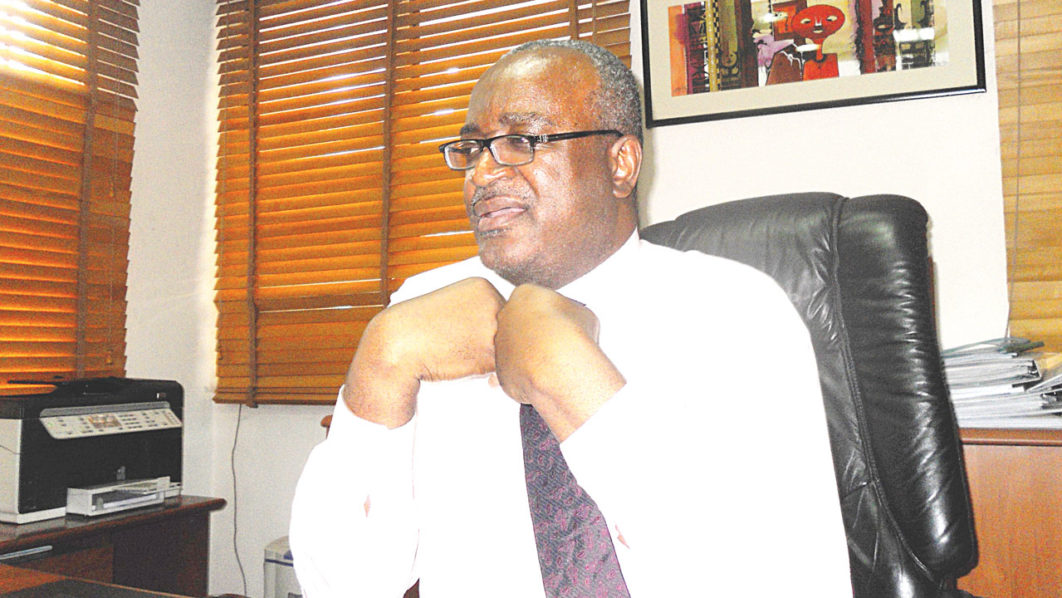 These are not the best of times for the Nigeria Bar Association (NBA). The conduct of its election for national officers is hanging in the balance as myriads of controversies trail the preparation for the polls billed to happen today, July 31. Apart from disqualifying its immediate past general secretary from participating in the election, the association is embroiled in serious controversy over the choice of the Information and Communication Technology (ICT) that would conduct the electronic poll, a universal suffrage system introduced by the last administration as well as the challenge in successfully completing voters verification. In this interview with JOSEPH ONYEKWERE, the immediate past president of the association, Mr. Austin Alegeh (SAN), said those unhappy with universal suffrage are stoking the crisis to discredit the process. He also believes that going by the shoddiness and the exigency of time, a caretaker committee should be inaugurated to oversee transparent and credible polls.

In spite of the controversies surrounding the ICT firm, Chams, they were asked to continue with the verification. But less than 24 hours later, a new ICT company was brought in.

Knowing that there is already a timetable for handover, what happens if the election doesn’t take place at the scheduled time?


It leaves much to be desired to note that the executive is still looking for an ICT company that would conduct election meant for last week of July. Secondly, under the NBA constitution, the voting mode, modalities and patterns ought to have been approved by May.

Thirdly, the meetings being held by the executives of the association by inviting Chams to address them is blatant interference with the electoral process.

If you have complaints about the electoral processes, it should go to the NBA electoral committee, which will inform us, but now the committee and service providers are being invited to such meetings.

When you say a new InfoTech company was gotten between Friday and Tuesday last week, you then ask, when was the advert made? When was the proposal considered and who appointed them?

There are deeper issues and it means that the entire process will be tainted for any election held today because whatever is being done now is not approved or done transparently and it is happening in a hurry.

Which verification will be used? Is it the old one or are they to set up a new one?

If you say people’s identity were stolen in the last verification exercise, how do you know the people that were involved, bearing in mind that the total population of lawyers who pay practicing fee is above 30,000.

I see all these shenanigans as an attempt to create the impression that electronic voting is not safe and it is wrong because it is the safest way to vote.

There has been an attempt to discredit electronic voting by people who don’t believe in universal suffrage, which can only be achieved through such voting.

The fear of universal suffrage is leading people to make mistakes that are unimaginable.

INEC is sued in every election, but they still conduct the next one because they have experience and the database.

They know what they are doing. How come they decided on Friday and by Monday they already have an ICT company?

The people we have entrusted to run the association are the ones liable to fail and not the system.

In our time, the system was transparent. I advise that we should not lead the bar into crisis.

If the elections are not held by the end of this month, the only remedy would be for the general council of the bar to nominate those who can act as the caretaker committee to run the affairs of the association.

How long will they run the association?

I don’t know the specific definitions in the constitution.

But I believe the best thing that can happen is for a totally independent group to come up, set up a new electoral body and start the entire process from the scratch.

Our last election was a beauty. A lot of people marveled at our ability to achieve it.

We can’t fall from the top to this abysmal low at short a time.

For me it would be totally impossible with what we have seen for us to have a good election.

So, lets identify what the problem is because the executives have failed. They have failed the association.

You supported the present leadership of the bar, are you surprised at the turn out of events?

I believe in the bar and still believe that at the time I supported the current leadership, it was the best available to us.

The decisions were not taken on personal favour or relationship but on the basis of the interest of the bar.

Once you have taken any decision, the responsibility falls on the person to discharge his duties.

I didn’t ask him to come and run for election.

Out of the two that came forward, I felt that he was more level-headed and understands how to lead the association to greater heights. So, it is your cross to carry and not mine once you are elected.

If you notice, I have stayed away to allowed the president run the association the way he deems fit, but now I have seen we are drifting, I cannot keep quiet. My voice must be heard.

I have a right in the association and I also have the right to vote. Now that that right is being trampled on, is being challenged by the ineptitude and inefficiency, it pains me.

In our last election, INEC came to monitor it and was amazed. How can we now get to the level that we cannot even do a proper verification?

And the same Chams’ inability to do proper verification was what created its problem with ICAN.

Additionally, in which part of the world do four different bodies conduct election? One man will do verification, another accreditation and another the voting.

Probably, another will do the counting of votes. Why?

Election is a process! If the man doing accreditation does not know the basis for verification, it creates a big problem. Who takes responsibility if anything goes wrong?

Apart from the shoddy manner the executive is handling the issue of the election, there is also an issue of disqualification of some candidates including former general secretary who served under your tenure, who has gone to court already. What does those portend for the association?

Because he is in court, I will not go into details so it won’t be subjudice. But that is part of the entire problem.

We do not have residency provision in our constitution. For all I have read, nobody says he has not paid practicing fee or branch dues.

For me, I share the view of the younger ones who believe that the reason he was disqualified is because they felt he was going to win the election.

I don’t see any justification whatsoever in disqualifying the immediate past general secretary of the bar.

If you have trust and confidence in the senior advocates who are running, then let the Bar decide!

Why take out someone because you feel that the junior lawyers will vote for him? It is wrong!

I recall that during your time, you campaigned vigorously for universal suffrage and succeeded in achieving it. In your opinion what is the fear of the people who want to shut down the process?

People believe they are the ones to control the leadership of the Bar perpetually. Some people have that firm belief in their minds.

When I was running, I was told the same thing that they had already chosen somebody.

So I said let the people decide and I won the election. And those people are still at the Bar.

When we started the universal suffrage, they said no.

The fear they have is that junior lawyers who have the majority will take over leadership of the Bar.

When we had universal suffrage previously many non senior advocates were presidents.

Many became senior advocates after they served as presidents.

If a senior advocate has a message, the entire Bar will follow you.

Assuming a junior lawyer become president tomorrow, they may decide to amend the constitution, to say that anyone above 20 years post-call cannot run for president of the NBA.

Don’t they have the population to deliver it? It is when the juniors and seniors work together that the Bar progresses.

We should not shut each other out. There has to be a blend.

We should stop fighting them because it would harden their stand.

I pray it doesn’t happen, but one day, they will legislate us out of the association.

Is this cabal within the association so strong that they cannot be dislodged?

When you say a cabal you, create the impression that there is a group that meet, no.

A lot of the older ones don’t think that the younger ones are responsible enough.

It takes 10 years to be a magistrate and that magistrate can conduct trial and sentence someone to death, yet when it comes to the Bar, they say that they are not fit to lead us. It is a mindset of some people.

It is not a group that has been meeting. I think it is wrong and should not be allowed to happen.

I don’t believe in their thinking that younger ones are irresponsible.

What do you think about full automation of the judicial system?

You know that judicial automation is very laudable but you must have key infrastructural backbone to support them.

You don’t have light or stand by generators. Who will pay for the bandwidth of the judges?

These are serious issues that needs to be considered first, which is why I believe we should provide sectorial support to the judiciary, so we can identify the problems. Supreme Court can go on e-filing because it is one court.

But when you start talking of courts in various parts of the country, the narrative changes.

We need to work on the entire justice system because if all the courts are automated and the police, prisons, ministry of justice is not automated, and the lawyers themselves are not internet savvy, what happens? Therefore, we need a wholistic approach.

Some judges are resisting change. They find it hard to use the laptops and ipads, preferring to write in long hands?

That is why I said the change should be wholistic. They should be trained, and their laws should be amended.

There is no law that provides that court evidence and records to be taken electronically.

It damages the health of a judge to sit down and write from 9am to 5pm daily and no person wants that.

It is the fear of the unknown that is causing the hesitation.