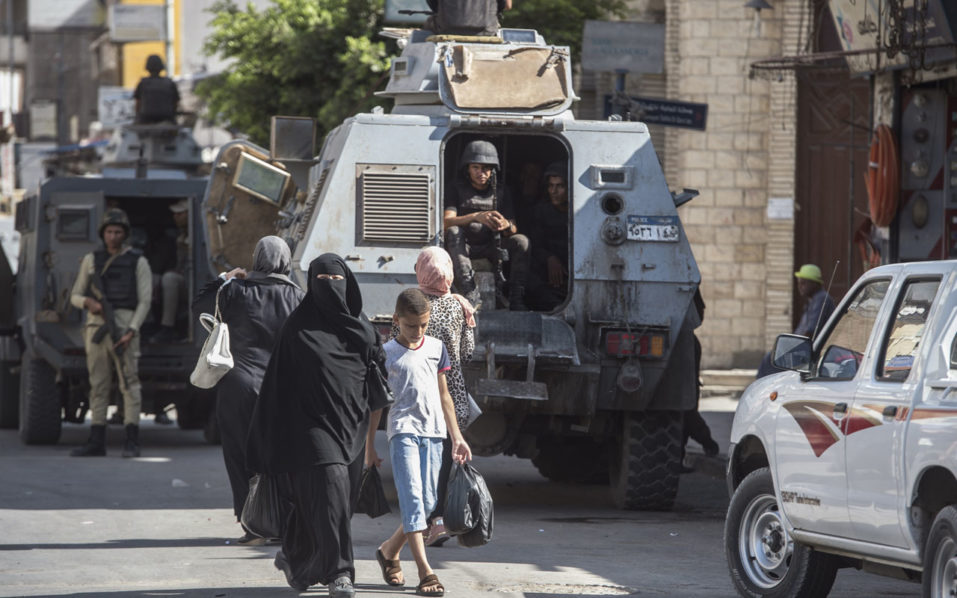 With fruit and vegetables aplenty in the markets, public transport back on the roads and universities reopened, life is returning to El-Arish in North Sinai state where Egypt’s army is at war with jihadists.

During an army-organised visit for foreign media, the city’s streets showed telltale signs of fighting in the “Sinai 2018” operation launched by the military on February 9. Roadblocks stood at several locations.

According to official figures, most than 200 jihadists and over 30 soldiers have been killed since the start of the campaign.

President Abdel Fattah al-Sisi ordered the operation, launched almost three months after more than 300 people died in a devastating attack on a Sinai mosque some 40 kilometres (25 miles) from El-Arish.

The carnage, the deadliest in Egypt’s history, has gone unclaimed but authorities point to the Islamic State group as the main suspect.

Military operations restricted many aspects of everyday life for the 225,000 residents of the Mediterranean city, in particular their freedom of movement. But a measure of normalcy has returned.

Abir, a colleague, chimed in that shared taxi services were back in El-Arish and gone were the long queues for food products.

Since the army toppled Egypt’s Islamist president Mohamed Morsi in 2013, hundreds of policemen and soldiers have been killed in attacks in the Sinai by jihadists and other extremist groups.

“With the improvement in the security situation, life is starting to go back to more or less normal,” a senior army official told journalists.

Back at the beach
Other military commanders said curbs on freedom of movement were being relaxed, such as leaving El-Arish between Thursday and Saturday, the weekend in Egypt, without written authorisation.

The governor said the easing of security measures would run in parallel with a government programme to improve health, housing and education services as well as the industry sector.

At an El-Arish market, 25-year-old vegetable salesman Bassem said he welcomed the changes although goods were still being delayed because of checkpoints.

Mohammed Ali, a 22-year-old student, said he was delighted to be able to enjoy beach life again.

“At the start of the (army’s) operation, it was difficult to leave the house and access to many areas, such as the beach which is our only escape, was forbidden,” he said.

“It’ll take time for life to fully go back to normal in El-Arish but I’m optimistic. We’re staying in this city because we love it,” said the head of the centre’s sports activity, Sally al-Husseini.