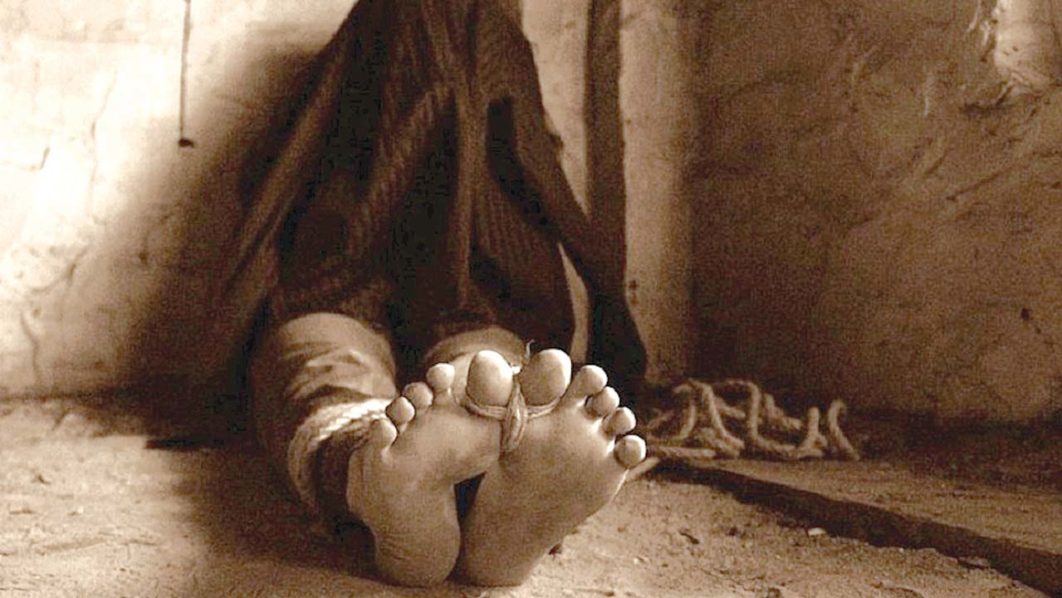 A 19-year-old girl, Dorcas Adilewa, has been arrested by the police in Lagos for allegedly plotting her kidnap and demanding N600,000 ransom from her father, Taiwo.
The teenager was arrested alongside her friend, Ifeoluwa Ogunbanjo, a nursing mother, whose mobile phone, was used to contact her father for ransom.

According to Adilewa, she needed the money to sponsor herself through school, adding that she was seeking admission into the university.

She said: “I worked with a betting company but I was owed my three-month salary.

I stopped going to school when my aunt died. But I was able to write JAMB this year.

I needed the money to sponsor myself through school because my father was no longer working and my uncle doesn’t assist.

“My friend is innocent. She did not know about my plan. I went to her house at Ijebu on Thursday and I left on Friday.

It was while in her house that I called my father with her phone to tell him I was kidnapped and they were demanding N600,000.

Parading the suspects, the Commissioner of Police, Imohimi Edgal, said the case was reported on July 7, while they were arrested July 13.

“Adilewa Taiwo of 3, Kosumi Lane, Bello-Ketu, Lagos, reported at Ketu Police Station that he received a call from phone number 09057432362.

He was told that his daughter, Dorcas, was being held hostage and that if he does not want her killed, he should pay a ransom of N600,000 to secure her release.

Investigation into the case was immediately commenced and the above phone number that was used by the suspects was geo-located to Ijebu-Igbo area of Ogun State.

“The O/C Anti-Kidnapping led his operatives to Ijebu-Igbo on July 12 and combed the area in search of the supposed victim till the following morning.

While the search was ongoing at Ijebu-Igbo, the location of the supposed kidnappers changed to Ikotun in Lagos and the search party had to move from Ijebu-Igbo to Ikotun to rescue the victim.

“When the fake kidnappers realised that the police were closing in on them, the supposed victim decided to call the complainant to inform him that she has been released, after he had deposited the sum of N8,000 in her UBA account number 2087804991.”

Imohimi said that when Adilewa was being debriefed upon her release, she confessed that she actually planned the fake kidnap with her friend, one Ogunbanjo.