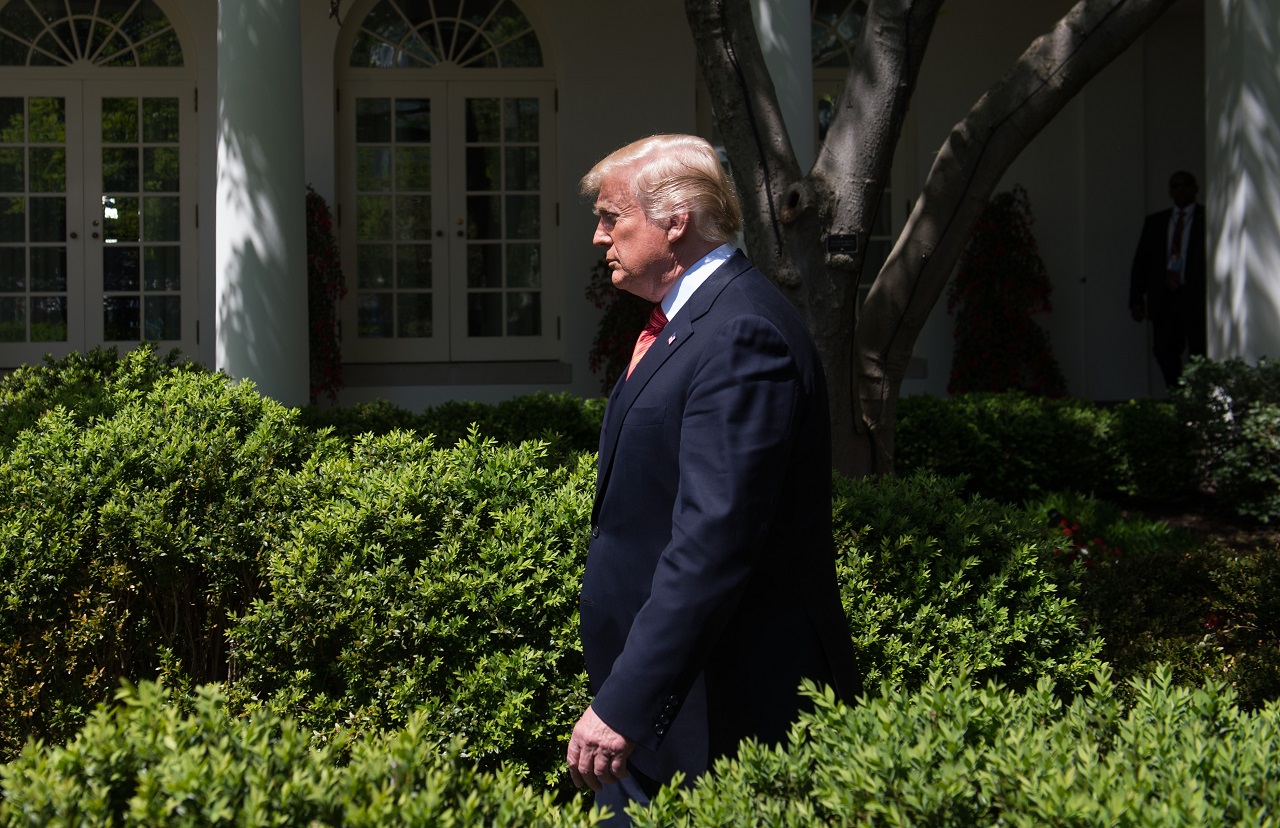 President Donald Trump on Sunday hit back at bellicose comments by Iran’s president, warning him of consequences “the likes of which few throughout history have ever suffered,” as the US intensifies its campaign against the Islamic republic.

“NEVER, EVER THREATEN THE UNITED STATES AGAIN OR YOU WILL SUFFER CONSEQUENCES THE LIKES OF WHICH FEW THROUGHOUT HISTORY HAVE EVER SUFFERED BEFORE,” Trump said on Twitter in a direct message to President Hassan Rouhani, who earlier Sunday warned Trump not to “play with the lion’s tail,” saying that conflict with Iran would be the “mother of all wars”.

The US president, writing his entire message in capital letters, continued his riposte:

“WE ARE NO LONGER A COUNTRY THAT WILL STAND FOR YOUR DEMENTED WORDS OF VIOLENCE & DEATH. BE CAUTIOUS!”

The high-stakes verbal sparring is reminiscent of the exchanges Trump had last year with North Korean leader Kim Jong Un, before the two leaders met in a historic summit last month.

Trump has made Iran a favorite target since his rapprochement with nuclear-armed North Korea. His comments Sunday night came after his Secretary of State Mike Pompeo, in a major address to the Iranian diaspora in California, said Washington is not afraid to sanction top-ranking leaders of the “nightmare” Iranian regime.

Trump in May pulled the US out of a hard-won agreement with Tehran, also signed by Britain, China, France, Germany and Russia, which lifted sanctions in exchange for curbs on Iran’s nuclear program.

The 2015 agreement was in response to fears that Iran was developing a nuclear bomb.

European allies maintain their support for the deal and have vowed to stay in it, though their businesses fear US penalties.

Following Washington’s pullout Pompeo unveiled Washington’s tougher line under which, he said, the US would lift its new sanctions if Iran ended its ballistic missile program and interventions in regional conflicts from Yemen to Syria.

“You cannot provoke the Iranian people against their own security and interests,” Rouhani said in a televised speech Sunday, ahead of Pompeo’s address.

‘More to come’
Rouhani repeated his warning that Iran could shut down the strategic Strait of Hormuz, a vital shipping lane for international oil supplies.

On Saturday, Iran’s supreme leader Ayatollah Ali Khamenei said the US does not abide by agreements.

Pompeo on Sunday noted that the US in January had already sanctioned Sadeq Larijani, the head of Iran’s judiciary, for human rights violations.

“We weren’t afraid to tackle the regime at its highest level,” he said, also confirming that Washington wants all countries to reduce their imports of Iranian oil “as close to zero as possible” by November 4, or face American sanctions.

“There’s more to come,” Pompeo said of the US financial penalties.

“Regime leaders — especially those at the top of the IRGC and the Quds Force like Qasem Soleimani — must be made to feel painful consequences of their bad decision making,” said Pompeo, a longtime Iran hawk. He was referring to Iran’s special forces and Revolutionary Guards.

Roundly applauded by his audience, Pompeo affirmed support by Washington for protesters in the Islamic republic.

“The regime in Iran has been a nightmare for the Iranian people,” he said.

Washington’s top diplomat announced an intensified American propaganda campaign, with the launch of a multimedia channel with 24-hour coverage on television, radio, and social media.

This will ensure that “ordinary Iranians inside Iran and around the globe can know that America stands with them,” he said.

Regularly suspected of favoring regime change in Iran, Pompeo refused to distinguish between moderates and radicals at the heart of the Islamic republic.

“Our hope is that ultimately the regime will make meaningful changes in its behavior both inside Iran and globally,” he said.