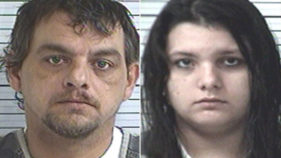 Father, daughter caught having sex in their backyard in the U.S.

Another arrested for incest after having love child with daughter
A father and his daughter were arrested last Tuesday in Florida, United States of America after allegedly being caught having sex in their backyard, according to reports by the Northwest Florida Daily News.

Justin Bunn, 39, and his 19-year-old daughter, Taylor Bunn, were taken into custody after witnesses told Panama City police they spotted them having sexual intercourse in a backyard. Both father and daughter confessed to having consensual sex but claimed it was an isolated incident, police said.

Meanwhile, a 42-year-old North Carolina man and his 20-year-old daughter have been arrested on incest charges after having a love child last year and reportedly getting married.

Steven Pladl, 42, of Knightdale, and Katie Pladl, 20, were arrested last month. They have also been charged with adultery and contributing to delinquency. The maximum sentence for the incest charge is 10 years in prison. The child, a boy, was born in September 2017.

Steven Pladl was released on a $1 million bond. Katie Pladl’s bond is also $1 million but as of last week she was still being held in a North Carolina jail. They appeared in court last week. The charges were brought in Virginia where authorities believe the relationship began.

Katie moved into the home, the station reported.
Subsequently, Pladl and his wife legally separated in November 2016 and began living apart. Online records show the wife filed for divorce in March 2017 and obtained a divorce decree three months later.

The ex-wife told authorities that just before she moved out Steven would sleep on the floor in Katie’s room, the station reported. The ex-wife learned Katie was pregnant last May after reading one of her daughter’s journals.

Eight days later, child welfare workers in Virginia began conducting interviews. They interviewed the two young Pladl girls who said they had been told their father fathered Katie’s baby. The warrants show that Steven told his two daughters to call Katie their step-mom.

The ex-wife said her former husband and Katie married in Maryland and then moved to North Carolina. She believes her ex-husband brainwashed and manipulated Katie, the station reported.