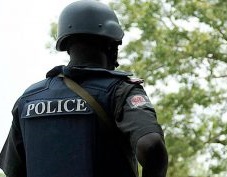 Twenty-two-year-old member of a kidnap gang has allegedly told the Police that she kidnapped and sold a five-year-old girl just to “get back at her father.”

Described as the “arrowhead” of a four-woman ex-convict kidnap gang, 22-year-old Chiamaka Ukeje allegedly confessed to selling the baby girl for N400,000.

The Police in Imo State arrested the four women suspected of kidnapping and selling five-year-old Chinagorom Ndukwe, whom Chiamaka said is the daughter of her uncle.

They were arrested on January 22 in Port Harcourt, Rivers State, by operatives of the Scorpion Squad of the command who acted on an information.

The other suspects are Sandra Ezuka, 26, from Ozoro in Isoko LGA, Delta State; Ruth Solomon, 41, Umuehie Anara in the Isiala Mbano LGA; and Joy Edum, 45, from Abua, Odua LGA of Rivers.

Parading the suspects and others for various crimes ranging from kidnapping, child trafficking, armed robbery and cultism on Thursday, the Imo State Commissioner of Police, Chris Ezike, said the four child trafficking suspects have made confessional statements.

The CP, who said the victim has been recovered from the buyer, Joy Edum, a resident of Rumwara Obiakpo, Rivers State, said the suspects would be charged to court at the end of investigation.

Ezike said, “The suspects, who are all residents of Rivers State, have made useful statements to the Police, confessing to the crime; while the child has since been reunited with her family.”

When interviewed by newsmen, the prime suspect, 22-year-old Chiamaka, said she kidnapped the child “in order to get at her father.”

Chiamaka claimed that her own father and the father of Baby Chinagorom had some “problems” and that kidnapping Chinagorom was her own way of punishing the girls father. She described the man as her “uncle.”