Court remands pastor for alleged murder of pregnant girlfriend, two others in Rivers
Editor
March 1, 2018
2:15 am 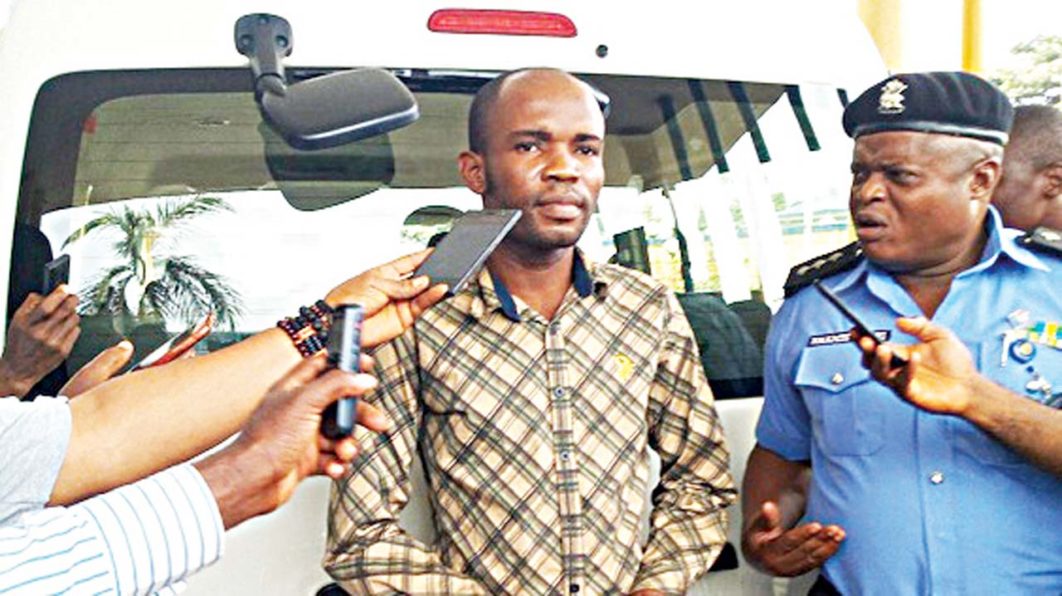 A Chief magistrate court in Port Harcourt, yesterday ordered that a 32-year-old pastor, Chidiebere Okoroafor, be remanded in prison. He was accused of killing three of his church members to conceal the pregnancy of his girlfriend.

Okoroafor, pleaded guilty to the three-count murder charges against him. The accused, while narrating how he killed the three church members, told the court that he killed the first victim, Uloma Onwuagba, by strangling her, while the married woman, Comcillia Ezewa, died when he hit her on the chest and she fell on the he ground.

He also admitted that the third victim, 11 months old baby, Christabel Joseph, died because he was left alone in the bush after her mother died.

The accused, however, appealed to the court and the family of the deceased to forgive him, saying it was the work of the devil.

Meanwhile, the Chief Magistrate, Kariba Braide, has ordered that the case file be transferred to the State High Court for proper arraignment or punishment since the accused has admitted to murder charges against him.

The acclaimed cleric was paraded by the Rivers State police command at its headquarters in Moscow Road, Port Harcourt at the weekend.

The state’s Deputy Commissioner of Police, Finance and Administration, DCP Okoro Cyril, who paraded the suspect, said the incident occurred at Oyigbo Local Government Area of the state.

The Guardian gathered that the pastor used the name of his church, Altar of Solution, to lure miracle-seeking members, especially ladies and end up impregnating or killing them.

The police boss disclosed to journalists that the clergyman was apprehended with the help of the victims’ neighbours, who they told they were going to his church.

Cyril said: “According to investigation report conducted by the State CID, the alleged pastor is in a relationship with his girlfriend, a member of his church and also carrying his baby. Okoroafor asked the deceased to abort her pregnancy but she refused.

‘’The refusal made the pastor to kill his mistress friend by luring and strangulating her in an uncompleted building in order to cover up his deed. After he has committed this evil act, he now joined his late girlfriend at Afam road where they took a tricycle to Afam roundabout before taking a motorcycle to an isolated farm on Igberu road where he gruesomely murdered her with her deceased friend’s nine months old baby strapped to her back.

‘’According to the autopsy report the baby was killed as a result of suffocation by the wrapper used in carrying the baby.’’

Cyril explained that apprehending the pastor was made possible because the deceased has already told their neighbours where they were going that day. Few days after the neighbours couldn’t find them, they lodged a complaint of disappearance at the Afam divisional headquarters.

‘’After preliminary investigation and search by the police with members of the community, the decomposing corpse of Uluoma and a nine months old baby identified as Joseph were discovered in a bush located along Afam Igberu road on December 13, 2017.

‘’Their bodies were evacuated and deposited at the mortuary. Six days after the recovery of Uluoma and the baby, the decomposing body of the mother of the baby, Ezeawa was recovered in an uncompleted building at Izuoma community in Oyigbo LGA and subsequently taken to the mortuary.”