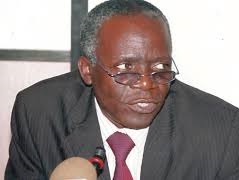 A human rights lawyer and Senior Advocate of Nigeria (SAN), Mr. Femi Falana, has written to the President of the Nigerian Bar Association, Mr. Abubakar Mahmud (SAN), requesting that the Attorneys-General and Commissioners of Justice of various states who have refused to prosecute suspects arrested for various killings in their domains be investigated.

He noted in his letter dated February 16, 2018, that it was disturbing that the NBA had found it necessary to conduct an inquiry into “the reckless killings of unarmed people in Benue State,” but “failed to monitor the prosecution of the scores of murder suspects” arrested by the police or indicted in connection with “the violent civil disturbances in the country.”

He said since culpable homicide or murder was a state offence,   state Attorneys-General were bound to prosecute persons suspected of it.

He, however, stated that the said Attorneys General refused to prosecute the suspects and even terminated some criminal proceedings against some of them due to political pressure.

“We have confirmed that the rate of killings in the country has been on the ascendancy due to the refusal of several state Attorneys-General to prosecute murder suspects due to political pressure or sheer negligence of duty,” he stated in his letter to the NBA president.

He cited nine instances of how past and present Attorneys General had, at various times, abandoned their responsibilities of prosecuting murder suspects in some states including Gombe, Ekiti, Plateau, Nasarawa, Benue and Rivers.

“It may interest you to know that some Attorneys General have a penchant for terminating murder charges by filing nolle prosequi.

“In order to put an end to the culture of impunity in the country we are compelled to request the Nigerian Bar Association to investigate the refusal of the Attorneys General to prosecute the criminal elements who have engaged in the reckless killing of innocent citizens in several states of the federation.

“Unless the Nigerian Bar Association is prepared to sanction Attorneys-General who fail or refuse to prosecute murder suspects, the reckless killing of the Nigerian people by killer squads and armed bandits will continue unabated.”

According to Falana, not less than “100 suspects murder suspects have been arrested by the police in connection with the ongoing pogrom in Benue State,” but “the suspects may soon be released from custody as they have  not been charged with culpable homicide in the appropriate courts by the state government.”