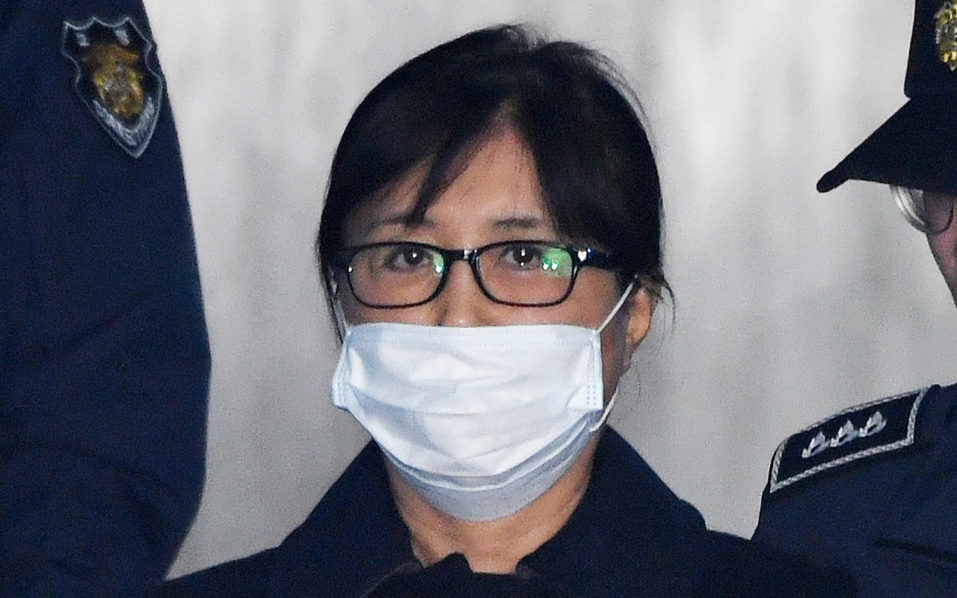 The secret confidante of ousted South Korean president Park Geun-hye was convicted Tuesday and jailed for 20 years for her key role in the scandal that brought down the head of state.

Choi Soon-sil — who became close to Park through her father, a shadowy religious figure — was vilified during the massive nationwide protests that rocked Asia’s fourth-largest economy and culminated in Park’s impeachment last year.

The verdict is a potential pointer to the decision in Park’s separate trial, since 15 of the 18 charges Choi faced mirror counts on the ex-president’s own indictment.

Judge Kim Se-yoon told a packed courtroom that Choi took advantage of “long private ties” with Park to force companies to donate funds to foundations she controlled and used for personal gain.

She accepted more than 14 billion won ($13 million) from telecommunications giant Samsung and retail conglomerate Lotte, he said, and “meddled in state affairs widely”.

Choi had no title or security clearance, but prosecutors said she interfered in a wide range of official issues, including the nomination of cabinet members and ambassadors — and in editing many of Park’s speeches.

“In light of the size of material gains obtained by the accused, the severe confusion in state affairs caused by her crimes and the people’s sense of frustration, the guilt of the accused is very heavy,” he said.

She had shown no repentance, the judge added. “The accused is sentenced to 20 years in prison.”

Choi, who wore a dark blue coat and a badge bearing her prison number, showed little reaction as the sentence was passed.

Choi’s fellow-accused Shin Dong-bin, chairman of the Lotte group which is South Korea’s fifth-biggest conglomerate, was given two and a half years in prison.

He was arrested in court, having been out on bail during the trial — but smiled calmly after he was sentenced, while his legal team looked grim.

Choi had pleaded not guilty, claiming she never sought any personal benefit but attempted to help Park’s work, and her lawyer Lee Kyung-jae said the defence would appeal.

“This is a heavy sentence bordering on cruelty,” he told reporters.

“We admit we have failed to convince the court judges that the accused Choi is not guilty. We will do our best to have a different ruling in the appeals court.”

Networks of privilege
The scandal, one of the largest in South Korea’s modern history, catalysed wider economic and social frustrations among South Koreans.

It exposed networks of privilege among the country’s business and political elite and has seen more than a dozen officials put behind bars.

The South Korean economy is dominated by giant family-controlled firms known as “chaebol”, which powered a decades-long economic boom but have long had murky ties with authorities.

Choi and Park colluded to have Lotte chairman Shin donate seven billion won to a foundation to build a sports centre, in exchange for the government issuing a licence for a duty-free shop.

But Samsung heir Lee Jae-yong walked free from prison last week when most of his bribery convictions were set aside on appeal. His jail sentence was replaced with a suspended term — the third generation of his family to benefit from merciful legal treatment.

The court ruled Tuesday that the 3.65 billion won Samsung spent to buy horses and equine equipment for Choi’s daughter, and another 3.6 billion won it paid to a company controlled by Choi, amounted to bribes for her.

But there was no evidence Samsung had asked for policy favours in order to smooth the succession of Lee Jae-yong, it said.

Park’s own trial has been hit by delays — her defence team quit in protest when the court extended her detention, and new charges have been added to her indictment.

The former head of state also denies the charges against her and has stopped attending court, claiming she is a victim of “political revenge”.

Tuesday’s verdict was “definitely bad news for Park Geun-hye”, said Gang Moon-dae of activist group Lawyers for a Democratic Society, given the similarity of the charges in the two proceedings.

“Park is likely to draw a heavier sentence,” he told AFP, “possibly up to 25 years in prison”.