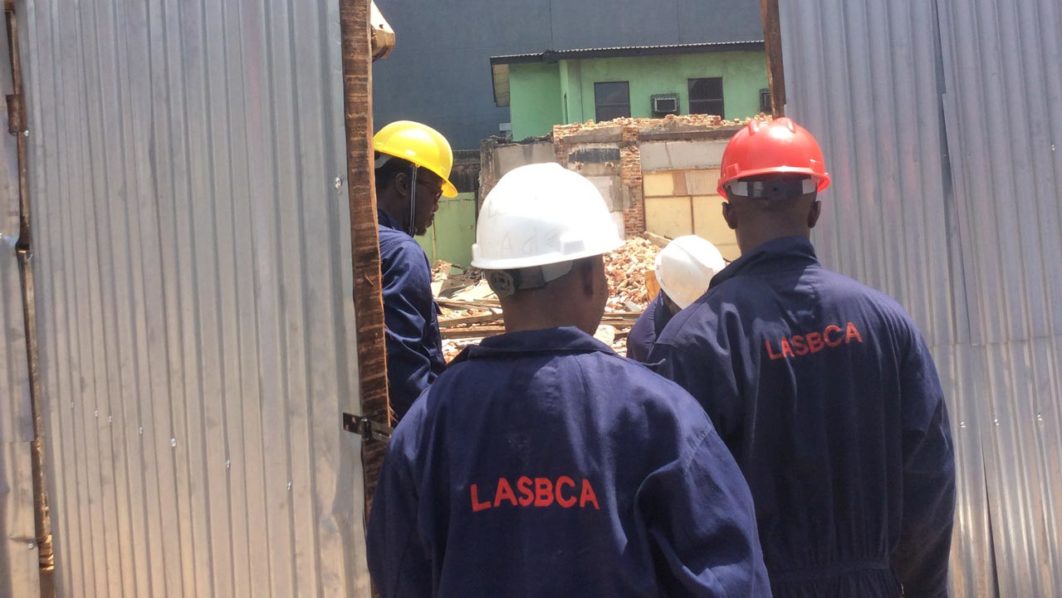 The Lagos State’s Building Control Agency (LASBCA) has arraigned eight people before the State Special Offences Mobile Court for contravening the provisions of the State Urban and Regional/Development law 2010.

The alleged offenders, arrested on site at Old Ojo road, Ajegunle, Opebi in Ikeja, Owokoniran Street off Lagos Badagry Expressway among others, through an exercise code named “Instant arrest and prosecution through a mobile court of LASBCA seal breaker in some local councils of the state,” were charged to court individually and in groups for breaking LASBCA seals and for erecting structures without obtaining planning permit.

Structures where the arrest took place include a zonal headquarters of RCCG, a hotel in Ikeja, a shopping centre, a plaza and two buildings by the same developer on Chidi Street, Ajegunle among others.

The alleged offences, LASBCA said, are punishable under Section 75 ( 8) and Section 75(2) of the law, which were spelt out in Lagos State Urban and Regional Planning and Development Law 2010

In the charge filed before Chief Magistrate Humenu Amos of the State Special Offences Mobile Court, the agency alleged that one Mr. Obinna Akabor, was erecting 2-blocks of 4-floors and 2-structures without obtaining planning permit, an offence punishable under section 75 of the law.

Responding to the charges, Akbar pleaded guilty to the offense and was granted bail on the sum of N500, 000, with a surety on grade level 12 with the Lagos State civil service.

The Magistrate ordered that the surety must be related to the offender and with a landed property within the state and adjourned the case for continuation of trial.

Other alleged offenders were charged for working in a construction site that has been sealed by a government regulatory agency without confirming if the owners possess the necessary document.

Speaking on the exercise in an interview with newsmen, the General Manager of LASBCA, Lekan Shodeinde, an engineer, explained that the agency had visited the sites and served the owners notices including that for demolition on several occasions but the people continuously broke the seals on site and carry on with their construction.

“All the sites that we have visited today are those that have broken the seal for up to four/five times. People ignore LASBCA to a large extent. People use between N40, 000,000 and N50, 000,000 depending on the scope of the building to build a house but what is the penalty for breaking a seal-N500, 000.But this year, we might have to come out a lot heavier than this, buildings that we have served demolition notice and still been recalcitrant government might be forced to start doing some removal”.