Courts Police Unit should be manned by ACP, policemen for enforcement of judgments, says Pedro
Editor
February 8, 2018
12:48 am 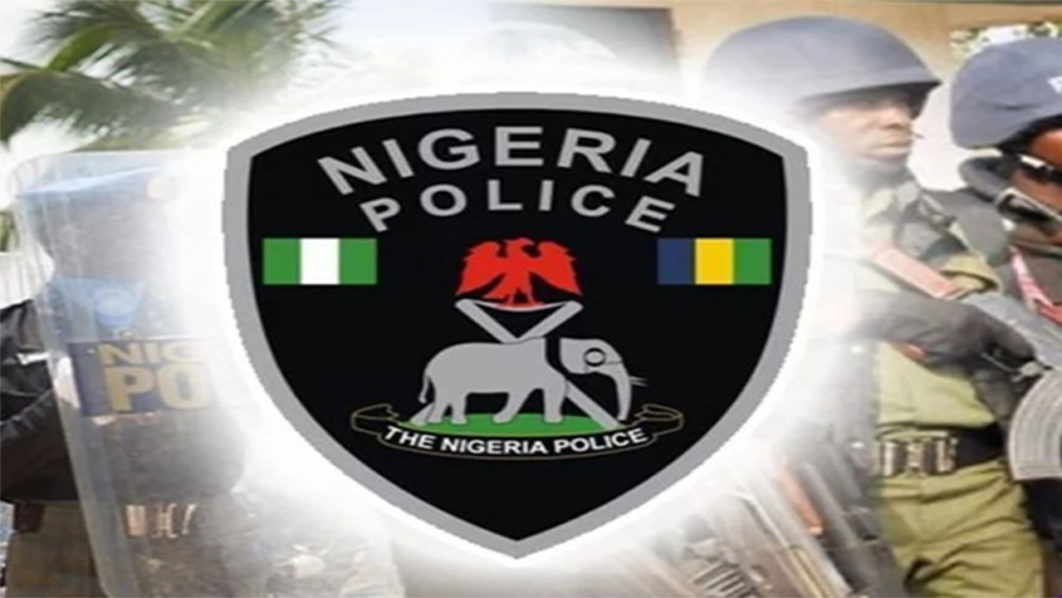 Court decisions are now generally received with cynicism by the public; how can the judiciary regain public confidence?

There are some court judgments that should command voluntary compliance; those judgments are referred to as declaratory judgments. Those declaratory judgments should be complied with in the absence of any appeal. On the other hand, there are executory judgments. And these are the ones that people often feel frustrated about. And it is because of the length of time it takes the judgment creditor to enforce the judgment. So, there’s apathy, there’s frustration on the part of people. If, for instance, there is a land matter and the judgment is in my favour, it is a Herculean task, enforcing the judgment. Despite that the court has made orders, giving me possession, I have to first submit the judgment at the police station, where one Commissioner of Police or an Assistant Commissioner of Police will sit on the order that the court has already given me. Ordinarily, the order should be enforced within a maximum of seven days, in the absence of any appeal. But by the time the police begin by sending someone from the headquarters to verify the judgment, frustration begins to set in for the judgment creditor.

A landlord has got judgment against a tenant who has owed five years’ rent, but he cannot enforce the judgment by himself. He has to go through the police, who will now set their own rules and make some unprintable requests. If he doesn’t meet the conditions, the judgment does not get enforced for weeks, months. So, how do you expect that kind of person to react? And this is what I believe we should address.

The solution is to have what we call Court Police Units to be headed by not less than an Assistant Commissioner of Police, who will be subject to the control of the Chief Judge. If the Railway Corporation, the Nigeria Ports Authorities have police units, why should the judiciary not have? With the police unit next door to the CJ, for every order of court, every judgment, he ensures enforcement. The judgment creditor doesn’t have to go to one DPO to seek the enforcement of the order. That Court Police Unit should be manned by an ACP and about nine other policemen to start with. Their job is enforcement of court orders and judgments. Once they are there and there’s a litigant who has an order to take possession of a land and so on, it is the ACP that he would approach. Then people will begin to have confidence in the justice system. You were in court for five, 10 years and you eventually get judgment but you cannot enforce it for three, six months, that is not judgment. Justice delayed is justice denied.  The way out, if it will be permitted, is to ensure that the judiciary itself has its own police unit.

Will this suggestion not conflict with the constitutional provision that vests the control of police in the executive?

No; we are talking about interrelationship among the arms of government. Will a judge sit without being sworn in by the executive? It is an interrelationship that must exist. The beauty of the separation of powers is to be able to have what we call institutions and not individuals.

How do we get past a situation where the government flagrantly disobeys court orders and citizens are helpless like in the case of Ibrahim El-Zakzaky?

It is really unfortunate that we have found ourselves in such a situation, which should not be. There are processes to be followed. There is no order of court, whether rightly or wrongly made, that should not be obeyed, unless that order is stayed or set aside. Court orders must be complied with by every government. That is how to build and strengthen institutions. It is you today in power; it will be someone else tomorrow. What will you do if you are at the receiving end tomorrow? We must ensure that we develop and protect our institutions.  A court cannot give an order that should be flagrantly disobeyed, no matter how highly placed the person is. It is an abuse of institutions and the consequences will boomerang on all of us. The best thing to do is to also use the law. That is why there is constitutional right of appeal. That, I think, is the way to go round it.

From your experience in public service, do you think financial autonomy for the judiciary is realistic or should we rather scrap that provision from the constitution, seeing how difficult it has become for most states to comply?

There is nobody that should be against the autonomy of the judicially either financial autonomy or independence in their core responsibility, which is adjudication of disputes; nobody should interfere. For judges to be able to adjudicate properly there must be judicial independence and it is the operation of this that people do not understand. Does the judiciary have enough source of revenue for itself? The answer is ‘No’.  Even the legislature does not have. But there must be transparency in the budget process. Once the budget has been prepared and passed, and we know what is due to the judiciary, same should be released to the head of the court. As of today, I am sure the judiciary has its own vote in the budget but where the problem is is the issue of transparency. I don’t believe that the judiciary should go cap-in-hand to the executive every time to say I need approval for this and that. Once the budget is passed and we know what is budgeted for the judiciary, that percentage of the revenue should go to the head of court who will decide how it should be expended and of course there is an auditor.

It is common among old lawyers to complain of falling standards in the profession; do you share this concern or is it mere sentiment?

It is not sentiment, to be honest and it is not limited to the legal profession. It is a reflection of the falling standard of education in the country.  When the foundation is weak, what do you expect to get? We have brilliant young lawyers but how many of them? Some of them, common construction of a letter of demand, they cannot write and you’ll be wondering, ‘which university did this one pass through?’ To me, there is a need to properly review the admission criteria into the law school and it is not a question of some of us have climbed the ladder and want to remove the ladder from those coming behind. We will be injuring ourselves if we fail to act; there will be no more profession for us, if we don’t begin to address it from now. For me, I think the advocacy should be if you don’t have a first degree before coming to study law, go and have HSC or what they call GCE advanced level; you would have been well groomed. We must look at the foundation very well. You finish your school cert, you want to study law, go and do advanced learning, where you do government, economics, history at advanced level. Law itself needs a bit of maturity and I tell you, we used to have lay magistrates in Lagos, before it was abolished. The magistrates didn’t go to any law school but they were adjudicating with their wealth of experience. They were lay magistrates with limited jurisdiction but you see some of them write beautiful judgments. So, it is an advancement we want and people, who want to study law, should have well grounded foundation. Then from there, we should address the law school; to ensure it is more practical.

The first cardinal principle of the law is that nobody is above the law. So, anybody that is found wanting, surely, consequences must follow. The only concern I have is how the entire process is being politicised. Due process must be followed and that is what is lacking.  You have already arraigned the Number 3 citizen, if there is evidence against a judge, why not? We must only ensure that due process is followed. What is the hurry if a judge has truly committed an offence? If the National Judicial Council sits and says give me the evidence you have against this judge and after sitting, it says I can’t find merit in this allegation. Who are in the NJC? Grey-headed wise men Justices and they say we can’t find anything from what you submitted that will justify the criminal prosecution of this judge. But you say the NJC is protecting its own, and then you go and arrest the judge; who are you taking the judge before? Another judge. But it would have carried more weight if the NJC sees the evidence and says we can’t continue to retain this man in the justice system, please ask the person to be dismissed or retired and the anti-graft agency then picks the person up on the same fact; the case is as good as won already. And that is the way I think we should go. But we have politicised the whole thing. In spite of the turbulence, for me, the judiciary has fared well.

Recently, the Chief Justice of Nigeria issued a warning that people should stop commenting on subsisting court cases, and then the Federal Government said it had begun monitoring the social media comments of citizens. Don’t you think there is an attempt by the government to silence the public?

I don’t really think so and I don’t think anybody will want to go through that route. Yes, some of us will not do our cases on the pages of the newspapers but if a journalist is fortunate to be in court and hears the proceedings, he can report. But I won’t go to the press and start canvassing arguments that I am supposed to canvass in court. Let the press do their job.  But arguing cases in the press, outside the courtroom should be discouraged. Whatever the pressmen can take from court proceedings let them report and anybody who reports wrongly will have himself to blame for contempt.

As to the Federal Government monitoring people’s comment on the social media, I am not seized of that. But how can that be done in the light of the constitution, when citizens have the right of expression, and right to privacy? In other climes, there are certain things that they monitor too for security purpose, but they won’t tell you they are monitoring anything; they know what they are looking for. Now to say someone should be picked up for what he says! Then what should Donald Trump do in America? Jump into the sea? But there should be consequences for reckless statements that are defamatory. There are provisions in our law to deal with that. And it is worrisome how pure civil matters are turned into criminal matters in this country. Anybody that makes reckless statements or spread falsehood could be taken up in court. You must be sure before you start accusing somebody. We should be very cautious about that and what the government should be looking for should be more than this. If government is monitoring banking activities to detect money laundering, or those funding terrorism, there is nothing wrong in that, but not to say someone critising government should be arrested; it is his personal opinion. What the government can do is to come up with superior argument; let superior argument judge. But we must not cow anybody.