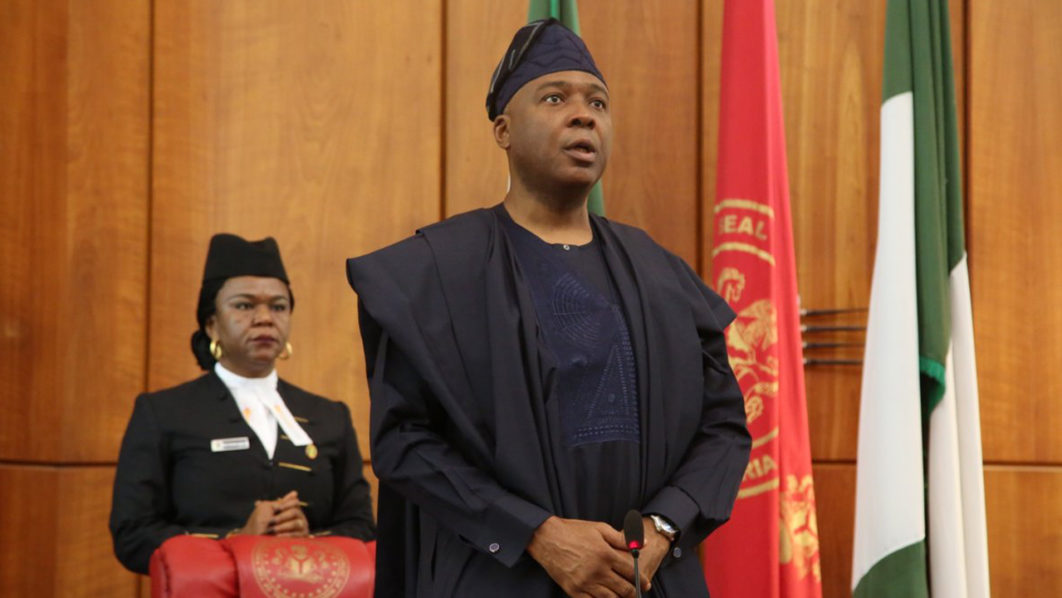 The Senate President Dr. Bukola Saraki was on Tuesday re-arraigned in the Code of Conduct Tribunal (CCT) over false assets declaration.

Tuesday’s arraignment followed a ruling of the Abuja division of the Court of Appeal in Dec. 2017 which dismissed 15 out of the 18-counts charges preferred against him in 2015.

The News Agency of Nigeria (NAN) recalled that the three member-panel, led by Justice Tinuade Akomolafe-Wilson, dismissed the 15 charges but asked Saraki to answer the remaining three.

The panel ordered that the tribunal should try the Senate President again on count 4, 5 and 6.

In the count 4 of the charges, the Senate President was accused of making false asset declaration at the end of his tenure as the governor as Kwara State in 2011.

He was also accused of making false declaration on a property titled 17A McDonald Street, Ikoyi, Lagos upon assumption as a senator in 2011.

The prosecution said that Saraki declared falsely that he acquired the Ikoyi property on Sept. 6, 2006, from the proceeds of sale of rice and sugar.

In Count 5, Saraki was accused of making false asset declaration at the end of his tenure as the governor of Kwara State in 2011 and on assumption of office as a Senator in 2011.

The prosecution said that the defendant then also declared falsely when he claimed that he acquired another property at 17B McDonald, Ikoyi Lagos, on Sept. 6, 2006 from the proceeds of sale of rice and sugar.

In Count 6, the prosecution accused him of making a false declaration in his Asset Declaration Form at the end of his tenure as governor of Kwara in 2007 and on assumption of office for a second term as governor in 2007.

Meanwhile, a defense witness, Mr Ademola Adebo, who is a Commissioner/Member of the Code of Conduct Bureau (CCB), told the tribunal, while being cross-examined by the prosecution counsel, Mr Rotimi Jacobs, that he worked on some of the assets declaration forms of the Senate president.

When the witness was shown some of the assets declaration forms filled by the defendant , he was able to identify those whom he worked on.

The witness said Saraki was a tenure public officer who was required to declare his assets at the beginning and the end of his tenure.

“On the form, among assets Saraki declared, included N0.17A and 17B McDonald Street Ikoyi, Lagos, which he said were purchased from the proceeds from the sales of rice and sugar.”

The witness was also shown exhibit 4, which was the form Saraki filled upon assumption of office as governor on May 29, 2007 and made the declaration on July 11, 2007.

The witness said in the form the defendant claimed that he acquired the two properties on Sept. 6, 2006 and that they were acquired through a bank loan.

Meanwhile, all the documents were admitted as exhibits.

NAN reports that Saraki, who had earlier told the tribunal, through his counsel, Mr Paul Usoro (SAN), that he was going to present four witnesses, closed his case after the testimony of Adebo.

Presiding judge, Justice Danladi Umar, adjourned the matter till Feb. 27 for adoption of written address by both parties.