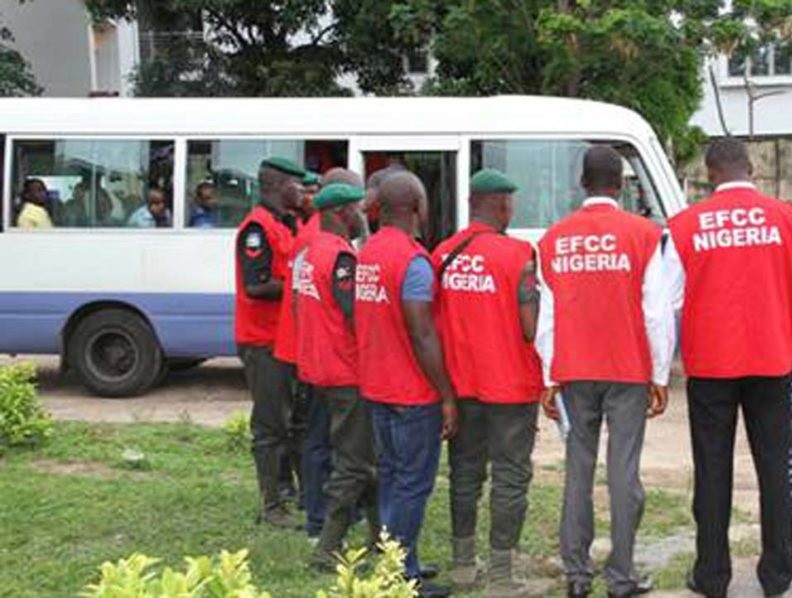 The EFCC, Economic and Financial Crimes Commission has made a disclosure on recovered stolen funds totalling N473.065bn in 2017, the Acting Chairman of the commission, Mr. Ibrahim Magu, disclosed this to the Nigeria House of Representatives on Monday.

The acting chairman stated this when he appeared before the House Committee on Financial Crimes to defend the agency’s 2018 budget proposals and review the performance of the 2017 allocations.

The committee is chaired by an All Progressives Congress member from Ogun State, Mr. Kayode Oladele.

Speaking further, he told the committee that final forfeiture of N32bn and $5m recovered from the former Minister of Petroleum Resources, Mrs. Diezani Alison-Madueke, had been secured for the Federal Government.

Lawmakers showed much interest in the Osborne Towers’ recovery, asking Magu whether the commission eventually identified the owner of the money.

He replied that nobody came forward to claim ownership of the money after the agency advertised it along with the building.

Magu stated that the EFCC later went to court to obtain a final forfeiture order of the money and the property for the government.

He disclosed that documents recovered from the building indicated that companies belonging to the son of a former Director General of the National Intelligence Agency  owned property there.

However, Magu said the ex-DG’s son, who was a director in the companies, also later denied ownership of the building.

“Since no owner came up, they were forfeited to the Federal Government by the orders of court,” he added.

He also complained that prosecution of cases was taking a large chunk of the agency’s budget, with as many as 189 convictions secured in 2017.

Some members, including the Chairman, House Committee on Public Petitions, Mr. Uzoma Nkem-Abonta, grilled Magu over the recruitment process in the EFCC, which they said did not reflect federal character.

They alleged that states in the South-South and the South-East were not adequately represented in the personnel roll of the EFCC.

But, Magu disagreed, insisting that there was fair representation of every geopolitical zone.

On several occasions, Oladele had to intervene to douse tension as more and more members took Magu up on the staff roll of the agency.