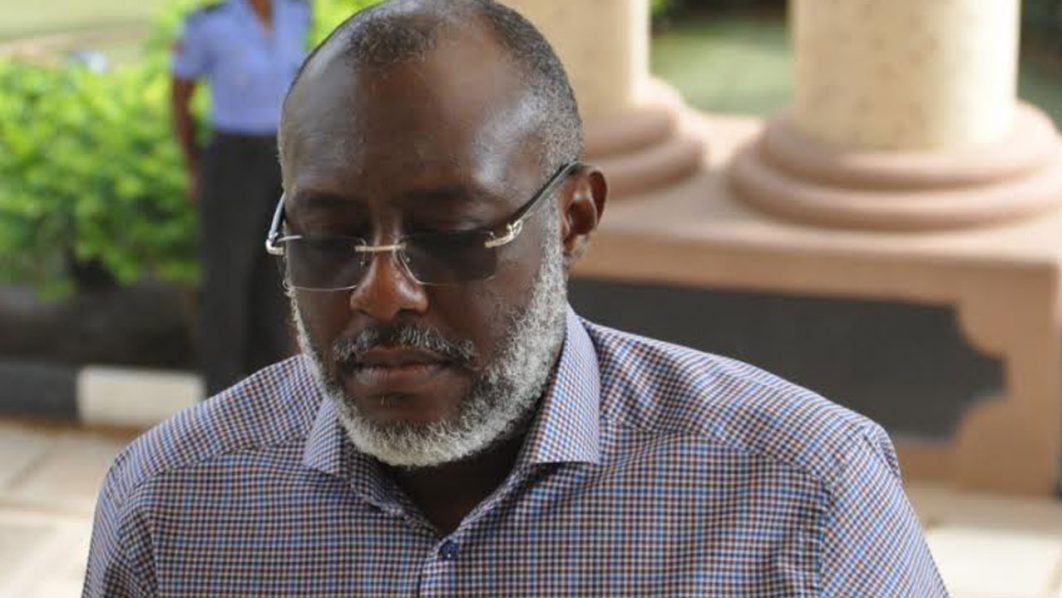 Olisah Metuh, the former National Publicity Secretary of the People’s Democratic Party (PDP), was on Monday, brought to court on a stretcher in a National Hospital Abuja ambulance.It will be recalled that the trial judge, Justice Okon Abang, had on Jan. 25 ruled that if Metuh failed to appear in court on Feb. 5, his bail would be revoked and he would be remanded in prison.

When the matter was called on Monday, counsel to Metuh, Mr Onyeachi Ikpeazu, (SAN), told the court that although his client was in court, he was not fit enough to continue this trial.

Ikpeazu also said that his client was in court against the directives of his doctors.

“We have also suggested to the prosecution that they or the EFCC can appoint any consultant of their choice to either confirm or refute our statement concerning Metuh’s health.

“We therefore make an application for the indulgence of the court, as from a lay man’s position, having observed him (Metuh) closely, it is obvious that he is not in a position to be present at his trial.

Ikpeazu prayed the court for a one month adjournment, expressing the hope that his client would be fit to continue his trial after the necessary examinations by his doctors.

The prosecuting counsel, Mr Sylvanus Tahir, did not oppose the application saying that he was not in a position to counter the submissions of the defence on Metuh’s health.

“As a layman and a mere mortal, I can see the condition of the defendant, and I will therefore not be opposing the application made by the defence for an adjournment.”

Abang, in his ruling, said that he was disposed to granting the application for adjournment on compassionate ground, and particularly since the prosecution did not oppose the application.

“I have considered the application for adjournment and the arguments of counsel.

“The court of law must be firm in its decision, but it must also be fair to all parties in the matter placed before it and must also be humane.

“I have seen the defendant in this condition and I am inclined to adjourn this matter to enable him receive treatment.”

He adjourned the matter until March 14 for continuation of trial.

The News Agency of Nigeria (NAN), reports that Metuh is standing trial along with his company, Destra Investments Limited, on a seven count charge which involves laundering $2 million.