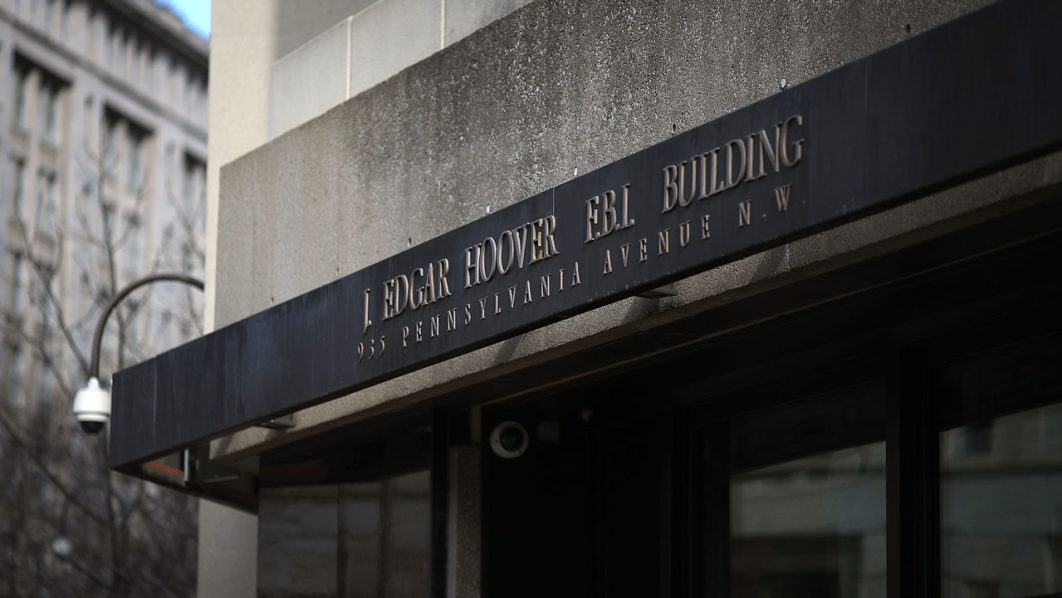 Donald Trump and his Republican allies unleashed a controversial memo accusing the FBI of bias and abuse of power Friday, intensifying a high-stakes fight between the White House and prosecutors investigating the president’s campaign team.

Trump defied his own FBI director and the Justice Department to declassify the four-page Republican document, which implies malfeasance and partisanship at the very top of American law enforcement.

Democrats and some Republicans have cried foul over the document, dismissing its release as little more than a stunt, and another thinly veiled effort to undermine the investigation into the Trump campaign’s ties with Russia.

They claim the document — drafted by Devin Nunes, a Trump transition official, Congressman and House Intelligence Committee chairman — has glaring holes. The FBI itself said it had “grave concerns” over its accuracy.

The memo claims that Democrat-funded research prompted the FBI to spy on a former Trump campaign aide, Carter Page.

In a subsequent statement, White House press secretary Sarah Sanders said the document “raises serious concerns about the integrity of decisions made at the highest levels of the Department of Justice and the FBI.”

Trump’s son Don Jr tweeted that it should be “game over” for the Russia investigation.

Trump’s one-year-old presidency has been dominated by allegations that multiple aides, including Don Jr and his son-in-law Jared Kushner, may have coordinated with the Kremlin to defeat Democrat Hillary Clinton.

The 71-year-old president has decried the allegations as fake news and a Democratic plot. Mueller is soon expected to ask him to testify under oath about what he knows.

But he shrugged off attacks on the FBI’s independence and pledged to defend his agents in an internal letter sent to staff on Friday and obtained by AFP.

“Talk is cheap; the work you do is what will endure,” Wray wrote.

“Let me be clear: I stand fully committed to our mission… I stand with you.”

The FBI had previously issued an extraordinary public warning against the memo’s release, saying it contained “material omissions of fact that fundamentally impact the memo’s accuracy.”

Rosenstein oversees the Russia investigation and has the power to fire special counsel Mueller, because his boss, Attorney General Jeff Sessions, recused himself.

He was the only law enforcement official named in the memo who has not already been fired by Trump or moved from their post.

Trump, when asked if he has confidence in Rosenstein, told journalists in the Oval Office: “You figure that one out.”

But the president faced intense pushback from Democrats in Congress, who warned that any attempt to fire Rosenstein or Mueller would be seen as obstruction.

“We write to inform you that we would consider such an unwarranted action as an attempt to obstruct justice in the Russia investigation,” Senate Minority Leader Chuck Schumer, House Minority Nancy Pelosi and eight other key Democrats said in a statement.

“Firing Rod Rosenstein, DOJ Leadership, or Bob Mueller could result in a constitutional crisis of the kind not seen since the Saturday Night Massacre,” they said, referring to disgraced president Richard Nixon’s orders to fire justice officials during the Watergate scandal.

“Our nation’s elected officials, including the president, must stop looking at this investigation through the warped lens of politics and manufacturing partisan sideshows,” said Senator John McCain.

As he prepared to declassify the document, Trump took a swipe at the FBI and Justice Department.

“The top Leadership and Investigators of the FBI and the Justice Department have politicized the sacred investigative process in favor of Democrats and against Republicans,” he tweeted.

The president called the alleged bias “something which would have been unthinkable just a short time ago,” adding: Rank & File are great people!”

The explosive Republican memo was based on the highly classified, much larger record of the application to obtain a so-called FISA national security warrant in 2016 to surveil Page.

Democrats have sought approval for the release of their own counter-memo that argues Nunes simplified and “cherry-picks” facts to distort what happened. But Republicans have not agreed to that.

Paul Ryan, the top Republican in the House of Representatives, supported the memo’s release as an act of transparency while also calling Friday for the Democrat memo to be approved for release.

Former FBI head James Comey, who was fired by Trump last year after refusing to pledge loyalty to the president, tweeted after the memo’s release: “That’s it?”

“For what? DOJ & FBI must keep doing their jobs.”