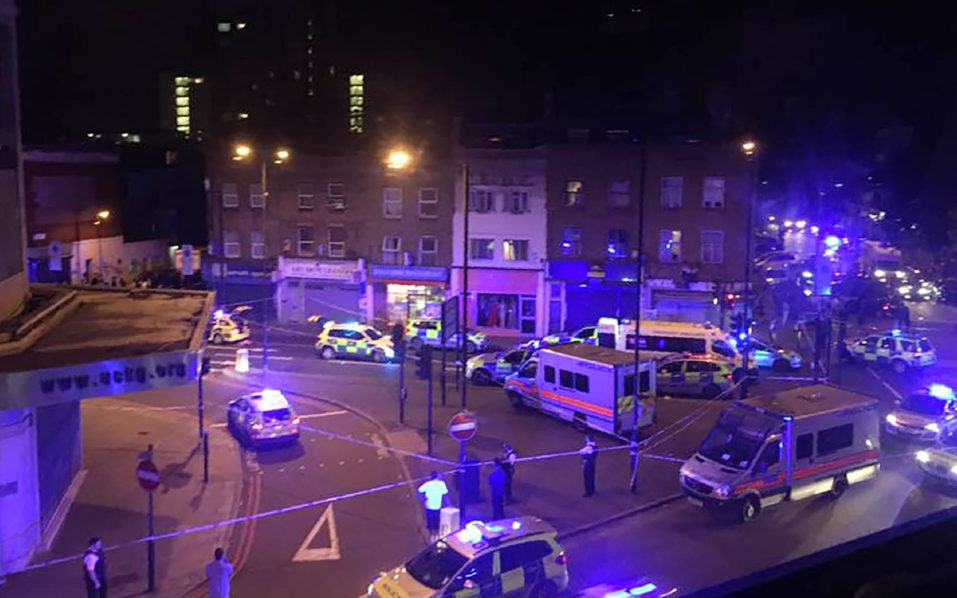 A Briton who deliberately drove a van into a group of worshippers near a London mosque, killing one man, was on Friday sentenced to life in prison with a minimum 43-year term.

Darren Osborne, 48, from the Welsh capital Cardiff, was found guilty of murdering 51-year-old Makram Ali and trying to kill others in the Finsbury Park area of north London in the June 19 attack.

Passing sentence at a London court, judge Bobbie Cheema-Grubb told Osborne: “This was a terrorist attack. You intended to kill.”

She added that he had been “rapidly radicalised” and that his “mindset became one of malevolent hatred”.

“In short you allowed your mind to be poisoned by those who claimed to be leaders.”

Ruzina Akhtar, daughter of Ali, told reporters that the family was “very pleased with the guilty verdict”.

“He was such a peaceful and simple man, he had no bad thoughts for anyone,” she said.

“We cannot imagine the trauma he felt in the last few minutes. He will never be forgotten.”

Osborne, 48, became radicalised over a month last year after watching a television programme about a child sex ring scandal involving a gang of mainly Muslim men in northern England.

Prime Minister Theresa May’s office warned of the risks of right-wing extremism online, saying “the internet cannot be used as a safe space for terrorists or those who want to spread terrorist or extremist content.

“The prime minister has made clear that internet companies need to go further and faster in removing this sort of content from their websites,” added the spokesman.

Former far-right leader Nigel Bromage called the attack “a sobering reminder that the threat from far-right extremism is no different from the Islamist threat.

“Both share a common desire to spread fear and divide society, ultimately two sides of the same coin,” he added.

‘You can kill me now’
Unemployed “loner” Osborne had pleaded not guilty, telling the court that a man called “Dave” was driving at the time — a claim police denounced as a fabrication.

Witnesses recalled Osborne saying: “I’ve done my job, you can kill me now” and “at least I had a proper go” in the immediate aftermath of the attack.

A handwritten note found in the van read: “Why are their terrorists on our streets today?

“Islam’s ideology doesn’t belong here and neither does sharia law.”

After two weeks of evidence, the jury took one hour on Thursday to find him guilty.

Osborne had watched a BBC television drama which told the story of three victims of the child abuse ring, and quickly grew angry at what he deemed as inaction over the scandal, the court heard.

The May Manchester suicide bombing and the June London Bridge van attack and stabbing rampage further fuelled his obsession, the court was told.

He then hired a van and drove to London intent on ploughing into a pro-Palestinian march, but was prevented from doing so by road closures.

Osborne then drove around London looking for a target before heading to Finsbury Park, where worshippers were leaving a mosque and an Islamic centre after Ramadan evening prayers.

The father-of-four had a history of depression and alcoholism and was living in a tent before the attack, which wounded 12 others, including two who sustained life-changing injuries.

He told his trial that he hoped to kill the leftist Labour opposition leader Jeremy Corbyn in the attack, as it would have been “one less terrorist off our streets”, while killing Labour London Mayor Sadiq Khan as well “would have been like winning the lottery”.